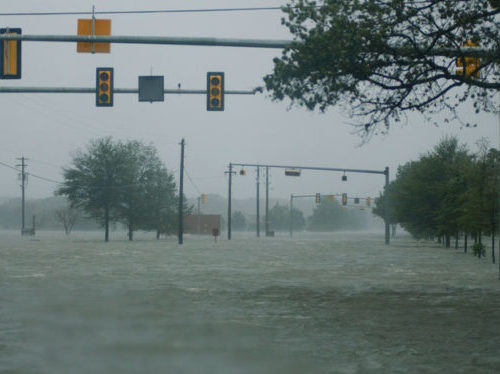 In the wake of alarming news from the U.S. National Oceanic and Atmospheric Administration (NOAA) that 2020 may well be the most active hurricane season in history, Canadian meteorologists are warning the public and policy-makers to get ready for a one-two punch of pandemic and wild weather.

“The COVID-19 pandemic and an anticipated ‘extremely active’ hurricane season are among the top reasons why Canadians should be extra prepared for major storms this year,” reports CBC.

Last week, NOAA announced that the season could bring as many as 25 storms large enough to be named, “of which seven to 11 could become hurricanes” and as many as six of those ramping up to the major leagues—all with no clear end to the pandemic in sight. The Canadian Hurricane Centre (CHC) in Dartmouth, Nova Scotia followed up with its own warning that “this is the year” to be prepared.

“We know what the protocols now are in stores, social distancing, and everything else,” said Bob Robichaud, a CHC warning preparedness meteorologist. “You really want to be prepared if we get a storm that will generate a prolonged power outage ahead of time this year.”

Robichaud asked Nova Scotians to remember that it will “take longer to do everything” because of pandemic restrictions. He urged everyone to stock up well in advance of any storm warning and lay in three to four days’ worth of supplies.

As chilly as the North Atlantic would seem, Canada’s east coast sees a good portion of each year’s hurricane activity. “About 40% of the storms that form over the Atlantic Ocean end up in the Canadian Hurricane Centre’s response zone, which includes land and areas offshore,” writes CBC.

Knowing how much—if any—damage to expect, however, is still not an easy matter. “Even though an active season is anticipated, it’s not necessarily an indicator of how many storms will make landfall,” said Matthew Rosencrans, a meteorologist with NOAA’s Climate Prediction Center.

“We really can’t make forecasts for landfall many weeks or months out,” he added. “So while we do have a lot of activity, we don’t necessarily have a landfall forecast. That’s still an active area of research for NOAA.”