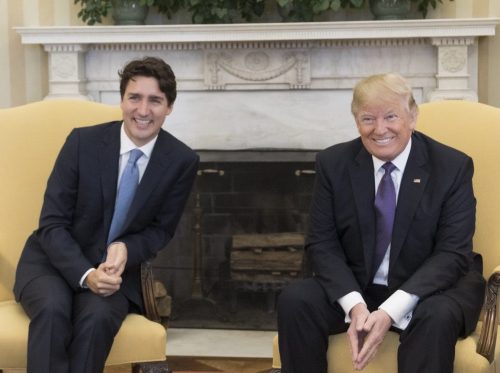 The Trudeau government appears to be betting on a second White House term for Donald Trump, Environmental Defence Executive Director Tim Gray observes in a blog post this week. And that means Ottawa could be caught offside if Joe Biden wins the presidency, with his plan for a US$2-trillion green recovery from the COVID-19 pandemic.

“Canadian politicians often insist on the expediency and necessity of aligning our policies with those in the U.S.,” Gray writes. “But when it comes to COVID-19 responses, much of what is happening in the States is terrifying, not least the Trump administration’s recovery plans, which so far have included sweeping rollbacks of environmental regulations and funding to prop up fossil fuel producers. And yet, despite the clear risk to our health and economic future, it looks like Canada is again prepared to follow suit,” with the latest Energy Policy Tracker data showing C$425 per taxpayer in fossil industry relief, compared to only $8 to clean energy—a 53-fold difference.

But in the U.S., at least, “things could change a lot,” Gray says. Biden’s $2-billion plan includes a carbon-free grid by 2035, big investments in building energy retrofits, $400 billion for green procurement, and provisions on environmental justice, a climate test for major projects, and an end to fossil subsidies.

Which means a change in political fortunes in the U.S. would put immediate pressure on Canada to come up with the per capital equivalent of about C$270 billion in green recovery investment, Gray says. [As of Thursday morning, state-by-state poll analysis had Biden leading in states that account for 372 electoral votes, with 270 needed to win. Trump had 150, and the candidates were tied for the 16 electoral votes in Georgia—which, to put it mildly, is not normally a swing state.—Ed.]

“If we’re caught flat-footed by a Biden victory, we may watch as entire sectors of our growing clean energy and cleantech sectors pack up and move to greener pastures in the U.S.,” Gray warns. “Or they may just wither as they fail to secure the government support needed to commercialize innovations. This would be a nightmare for southern Ontario and B.C., in particular, where the cleantech industry has been thriving. Alberta has also identified this sector as an area of future growth.”

Canadians are already wondering whether the federal government “has figured out where they want to take our country and our economy—even though the smart money and smart leaders are undertaking a rapid pivot to clean energy and technology with a parallel focus on economic and social justice,” he adds. Now, with the U.S. election clock counting down, “time is running out for Canadian leaders to make a choice, and we hope they are not betting on Trump.”