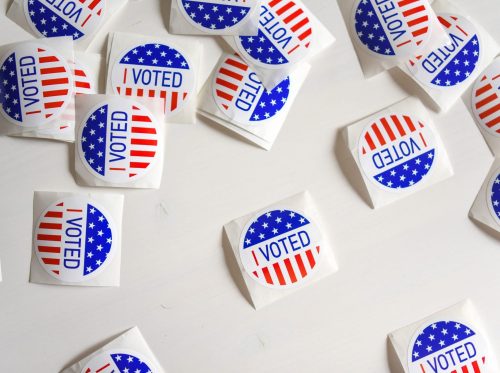 With a high-stakes national election just 87 days away, youth climate campaigners in the United States are turning to phone banks, social media, and friend-to-friend campaigning to replace the big, in-person rallies that were a focal point for their organizing until the COVID-19 pandemic hit.

Nearly a year ago, an estimated six million people took their cue from youth leaders to take part in a world-wide climate strike, The Guardian recalls. “This is only the beginning,” #FridaysforFuture founder Greta Thunberg vowed, as U.S. students from Los Angeles to Washington, DC left their classrooms and took to the streets.

“In the 10 months since the historic protests, the COVID-19 pandemic has ravaged the U.S., making meeting and organizing in person hazardous,” the paper adds. “Climate strikes, including a major three-day mass protest that was planned for Earth Day 2020 in April, have been cancelled.” So youth organizers did the only thing they could—they regrouped and kept going.

“We are a generation that was really born into crises,” said Sunrise Movement Deputy Communications Director Aracely Jimenez-Hudis. “We don’t have some golden age that we can look back on and feel there is any kind of resonance with a call to normalcy because our normal has always been endless wars, has always been police brutality.”

Now, the focus is on driving turnout among younger voters, after a low point in 2016 when only 46% of eligible voters aged 18 to 29 cast ballots, compared to 70% in the 70+ age group. “In preparation for the 2018 midterm elections, the Sunrise Movement began training young activists to canvass for candidates who were proponents of renewable energy and publicly confront incumbents who take money from the fossil fuel industry,” The Guardian says. “When the 2018 midterms came around, 20% more young Americans ages 18 to 29 went out to vote compared to the last midterms in 2014.”

That election took control of the U.S. House of Representatives away from Donald Trump’s Republicans, and the Sunrise Movement shifted its focus to advocating for the Green New Deal co-sponsored by Rep. Alexandria Ocasio-Cortez (D-NY) and Sen. Ed Markey (D-MA).

With the pandemic reshaping campaign strategy, Jiminez-Hudis said the focus is on phone outreach and one-on-one conversations with friends and relatives—intervening in Democratic primaries as well as the general election. “We still have lots of work to do to make sure that we get the right Democrats on the ballot, the right Green New Deal champions on the ballot for the election in November just up and down the ticket,” she said.

The Guardian traces Sunrise’s growing focus on the intersection between racial justice and climate campaigning and describes the new Down Ballot Disruption Project, a series of Zoom sessions aimed at training youth to canvass for local campaigns and use social media to build community around their activism.

“The only arena right now, because we can’t go and canvass outside, is social media. That’s where we know how to do stuff,” said organizer Rose Strauss. “We really need to make sure that the politicians who get elected this cycle are going to be the ones that are really caring about our futures.”

Find the rest of The Guardian’s coverage here.