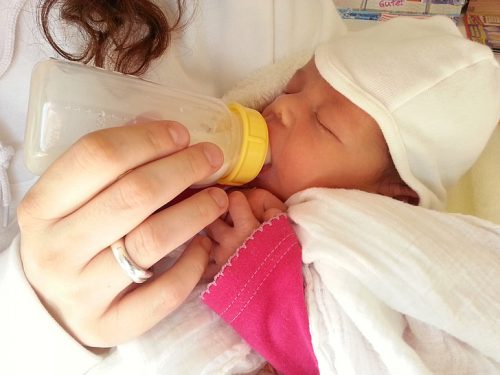 While RGGI’s mandate is to cut emissions, researchers with the Columbia Center for Children’s Environmental Health at Columbia University’s Mailman School of Public Health found that the program has also reduced fine particulate matter (PM2.5) and, in turn, helped the region avoid “an estimated 537 cases of child asthma, 112 preterm births, 98 cases of autism spectrum disorder, and 56 cases of low birthweight from 2009 to 2014,” The Daily Climate reports.

The study, which was just published in the journal Environmental Health Perspectives, added that avoiding such impacts to children’s health translated into US$191 million to $350 million in economic savings.

“The estimates of health benefits and cost savings are likely conservative,” adds Daily Climate: While atmospheric PM2.5 is the major form of particle pollution emanating from power plants, ozone and nitrogen dioxide are also emitted and can also damage health. Nor did the study factor in the health benefits that accrue from reducing greenhouse gases.

The economic calculations “are definitely underestimates, as they do not include the long-term lifetime costs of these disorders or impairments,” added lead author Frederica Perera, professor of environmental health sciences at Columbia Mailman School and director of translational research at Columbia Center for Children’s Environmental Health. “Preterm births, for example, raise the risk for respiratory illness in adulthood, and for cognitive effects like decreased IQ.”

RGGI was launched in 2005 as the first of its kind in the United States. Each state that signs on is “expected to reduce their annual carbon dioxide emissions from the power sector by 45% below 2005 levels by 2020, and by an additional 30% by 2030,” writes Daily Climate. Signatories include Connecticut, Delaware, Maine, Maryland, Massachusetts, New Hampshire, New York, Rhode Island, and Vermont. New Jersey left in 2012 but rejoined this year, and Virginia has just signed up.

The emissions objectives of the initiative have been more than met so far, with states reporting emissions at more than 50% below 2005 levels in 2017.

Digging into the details of the study, Daily Climate explains that the research deployed an Environmental Protection Agency tool that “estimates air pollution-related illnesses and deaths and assigns an economic value” to the losses. There are weaknesses—or at least gaps—in the study, the Daily Climate notes, including the fact that “the link between PM2.5 and autism, while likely given past research, hasn’t been proven.”

Perera expressed regret at the lack of granular, neighbourhood detail in the data, which led to an inability to report the health benefits of cleaner air by race or income level. “We know these pollutants are major contributors to inequality worldwide; they disproportionately affect places where poverty and environmental injustice compound the effect,” she observed.

But she still described the new study as “a good news story,” and expressed hope that its results might encourage environmental policy-makers “to consider the health benefits to children and how to maximize those.”