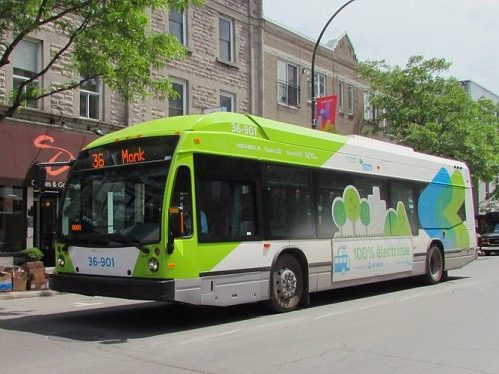 Several new studies from around the world have found no link between public transit and infection clusters of COVID-19. That means using transit is likely not a high-risk activity for transmission—thanks to social distancing protocols, masked riders, rigorous cleaning, and excellent ventilation systems.

The findings from contact tracing studies conducted in Paris, Austria, and Tokyo are providing much-needed good news to New York City officials trying desperately to reassure a nervous public that their transit system will not make them sick, reports the New York Times.

Although the coronavirus is now largely contained in New York and businesses are reopening, the city’s Metropolitan Transit Authority (MTA) reports that ridership remains extremely low: while transit use has doubled since the first weeks of the pandemic, when it crashed 90% from its usual 5.5 million weekday riders, it still stands at only 20% of pre-pandemic levels. Those are grim numbers for the MTA, which relies on ticket revenues for 40% of its operating budget.

Now, the findings from Paris, Austria, and Tokyo are bringing some much-needed optimism to transit agencies and public health officials. “If you know that you have a transit system that is functioning in an area where there are no major outbreaks, you know transit can be safe,” said Toph Allen, an epidemiologist who co-wrote a report on public transit and COVID-19 transmission.

Some of the grounds for such optimism lie in Tokyo, “where public health authorities have aggressively traced virus clusters [and] none have been linked to the city’s famously crowded rail lines”, the Times says—a finding that likely owes to scrupulous mask wearing and ridership levels that remain almost 40% below pre-pandemic levels.

Some experts are urging caution, however, and point out that there are many caveats to the results. “Ridership in other major cities is still well below pre-pandemic levels, tracing clusters directly to public transit is difficult, the quality of ventilation systems used to filter air varies, and the level of threat depends to a high degree on how well a city has reduced its overall infection rate,” notes the Times.

“There are so many other factors that go into levels of risk and how you assess risk,” said Michael Reid, a contact tracing expert at the San Francisco School of Medicine at University of California. “They are not equal comparisons.”

Crystal Watson, a senior scholar at the Johns Hopkins Center for Health Security, warned that tracing an infection cluster to public transit is particularly difficult because of the innately anonymous and fleeting nature of its use by riders. Still other public health officials believe any low infection rates in transit systems “can be attributed, in part, to measures transit agencies have adopted, including mandating face masks, disinfecting trains and buses,” and efforts to reduce crowding.

“Each of these things layers one on top of the other to make things safer,” said Don Milton, environmental health researcher and aerosol transmission expert with the University of Maryland.

The MTA has yet another added layer of its own: a state-of-the-art air filtration system that replaces the air in transit cars 18 times an hour or more. “That is much higher than the recommended air exchange rates in restaurants, where recycled air is replaced eight to 12 times per hour, or in offices, where it is replaced six to eight times an hour,” notes the Times.

A filtration system like that sharply reduces the chance of a transit car becoming a vehicle for a so-called “superspreader” event, said Linsey Marr, an airborne virus transmission expert at Virginia Tech.

The caveat here, though, is that for the filtration system to remain effective, the trains must not be allowed to become overcrowded again.