Racial Inequities Must Be Solved in Tandem with Climate, U.S. Campaigner Stresses 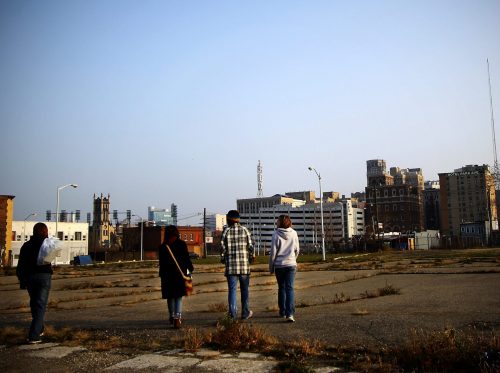 While she credits Joe Biden’s effort to address racial inequities in tandem with the climate crisis, climate policy analyst Rhiana Gunn-Wright is urging the presumptive Democratic presidential nominee to more fully grasp the depths to which the latter trauma is rooted in the former—lest neither ever be solved.

In a recent interview with Bloomberg Green, Gunn-Wright, who helped craft and promote the Green New Deal before assuming her current role as climate policy director at the non-profit Roosevelt Institute, warned against any residual inclination in progressives to consider environmental policy separate from the social.

“The thing about policy—and particularly climate policy—is that we often talk about systems as very impersonal. But the fact is that systems are legacies just built up on each other. Who made a decision before?” she asked. “To actually shape a policy, it’s really important to know why the system looks the way that it does’.”

To those upset about broadening the scope of the climate justice movement, that the clear answer is that “the input determines the outcome,” she added. “So if we’re talking about climate change as an outcome, it’s silly to just look at emissions without connecting that to who has power over controlling those emissions.”

In the United States, she noted, most fossil fuel infrastructure is to be found in impoverished and disempowered communities of colour.

What’s lacking, she said, is a “holistic understanding of how climate justice is connected to other systems”: for example, while Biden’s plan embraces the idea of a managed retreat from rising sea levels and the corresponding need to buy out affected homeowners, “decades of racist home policy” have meant that homes belonging to people of colour “will likely be undervalued.”

“So when you’re saying you’re going to buy them out, at what price?” she asked. “And will that be enough that they can buy a home elsewhere?”

As for those unsettled by what they see as “insensitive” efforts to attach climate conditions to pandemic-related stimulus spending, Gunn-Wright found bleak humour in the fact that “the only people wringing their hands about if it’s insensitive are white people.” Citing a study which links air pollution to higher mortality rates from the coronavirus, she added that “environmental injustice is one of the reasons—and I would argue a very major reason—that Black people are dying at double the rate from COVID-19’.”

Pointing to her own experience in front-line communities in Detroit, where she said dangerously polluted air goes hand-in-hand with police brutality, Gunn-Wright stressed the need to “define environment more broadly” to include all aspects of a community’s right to a safe, healthy, and just place to live, work, and raise a family. Police reform must therefore be central to any environmental justice program worthy of the name, she said.

And with communities of colour and Indigenous communities both still left out by all-too-narrow mainstream definitions of environmental activism, Gunn-Wright added, “we don’t, apparently, look like what’s green.” That gap contributes to “real, practical institutional issues”, she said—like the tendency of some major environmental organizations to see climate change through the lens of polar bear protection, or the fact that only 1.3% of the US$1 billion Americans pour into philanthropic support for environmental issues each year goes to environmental justice projects.

Those funding decisions have “downstream effects,” she added, since only those organizations that are flush with cash can get their message out to a broader public.