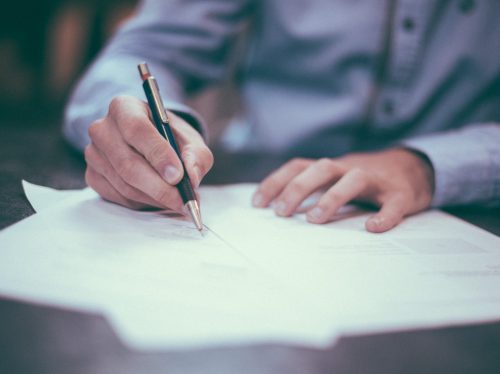 Arguing that global financial markets will inevitably begin factoring in the near-term policy response to climate change over the next five years, a United Nations program wants to help investors prepare for the portfolio risks they’ll face as a result.

“The question for investors now is not if governments will act, but when they will do so, what policies they will use, and where the impact will be felt,” the UN Principles for Responsible Investment (UN PRI) writes in an explanation of the Inevitable Policy Response it released last year. “The IPR project forecasts a response by 2025 that will be forceful, abrupt, and disorderly because of the delay.”

It’ll also come as a surprise to many investors, since governments’ response to the climate crisis “has so far been highly insufficient to achieve the commitments made under the Paris Agreement, and the market’s default assumption appears to be that no further climate-related policies are coming in the near-term,” PRI states. “Yet as the realities of climate change become increasingly apparent, it is inevitable that governments will be forced to act more decisively than they have so far.”

So PRI, along with project partners Vivid Economics and Energy Transition Advisors, developed a forecast of the policies that are likely to be introduced through 2050 and their impacts on economies and financial markets, all through the overall lens of a just transition and enabling a green economy. Likely policy levers include coal phaseouts, bans on new internal combustion vehicle sales, carbon pricing, industry decarbonization or carbon capture, zero-carbon power, energy efficiency, land-based greenhouse gas removal, and agriculture investments.

The page lays out a series of steps investors should take “to better prepare for transition and mitigate financial losses” resulting from the Inevitable Policy Response.

Despite the deep changes that have taken place since the IPR was published last year, Bloomberg points to colossal fossils suddenly setting net-zero targets, with Royal Dutch Shell CEO Ben van Beurden fretting about the “disorderly transition” that would result from abrupt, disruptive policy changes. “The thing with stranded assets is, if you wait until governments act, then it’s probably too late,” Andrew Grant, Carbon Tracker’s head of oil, gas and mining, told the news agency. “It’s prudent to get ahead of that happening.”

And “it’s not just the oil and gas industry,” Bloomberg adds. “Consumer goods companies are competing to put out the most ambitious climate plans. Mining companies are trying to get rid of their coal assets. Electric car companies are raising astonishing sums of money. Utilities want to become ‘supermajors’ powered by renewables. We are still in the middle of the pandemic, and, instead of slowing down, the energy transition appears to be picking up pace. Companies and investors are starting to make changes in order to avoid a disorderly transition, but there’s still a long way to go.”

All of those signs show that the Inevitable Policy Response is already happening, said Vivid Economics Executive Director Jason Eis, whose team developed the IPR scenario planning tool. “There’s been a real change in how investors speak to companies about climate risk,” he told Bloomberg, though he would not speculate on how much direct impact the IPR tool has had.