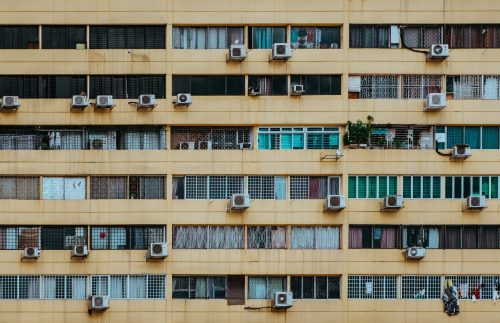 “Heat waves kill more Americans than any other kind of extreme weather, and the communities most affected are low-income elderly adults, households that live in poor neighbourhoods, and the homeless—the same populations that are disproportionately vulnerable to COVID-19,” writes Bloomberg City Lab. “As with so many other inequalities in the U.S., the pandemic exposes how some communities bear the brunt of climate change, and the divide between who gets to shelter indoors and who doesn’t.”

As the United States endures what is projected to be the hottest year on record, it is clear that the ability to shelter in place in summer depends on a household’s economic capacity to keep the air conditioning running—something that many Americans lack. Citing the latest national residential energy consumption survey, completed in 2015, Bloomberg notes that “more than six million households, or 5% of the national population, reported losing their air conditioning that year.”

The prevalence of poor construction quality in lower-income neighbourhoods isn’t helping. “Their bills are higher because of the quality of their homes—insulation, sealings around their door, and things like that—are less than standard,” said Michelle Kirwan, a pediatrician working in a Miami health centre. “I’ve had a lot of patients who’ve had electricity turned off.”

And with pandemic restrictions closing many of the cooling centres that have long served as summer refuges, public health experts are calling for the eradication of the conditions that lead to urban heat suffering, including poverty, and predatory landlords who refuse to provide air conditioning.

Currently experiencing temperatures above 38°C, Florida “ranks among the lowest of all states in energy efficiency, and has no such cooling protections for renters,” notes Bloomberg.

But things are changing—at least during the pandemic. Miami-Dade County recently announced that residents affected by the coronavirus “can receive up to $2,000 in utilities assistance within a 12-month period if they meet the qualifications—which say, among other things, that recipients cannot earn above 150% of federal poverty income guidelines,” reports Bloomberg.

To Mayra Cruz, climate resilience program manager at the non-profit Catalyst Miami, that’s “a good start.” Still, the move is “a small win in a larger battle over climate justice and energy conservation across Florida,” notes Bloomberg. “Consumers are at the whim of the dominant utilities company Florida Power & Light (FPL), which in 2019 sought state approval to slash energy efficiency goals to zero or near zero, and scale back energy and cost-saving programs for low-income families.”

Cities elsewhere are awakening to the need to help their citizens shelter in place through a suffocating summer, with both Baltimore and New York City handing out free A/C units and box fans to at-risk seniors, Chicago reopening some splash pads, and Phoenix recently transforming a vacant courthouse into an overnight shelter for the homeless.

Meanwhile, FPL is trying to position itself as compassionate and responsive, with a spokesperson telling Bloomberg the utility will continue to “suspend disconnections for non-payment,” as well as to offer payment extensions and other assistance to customers who can’t pay their bills.