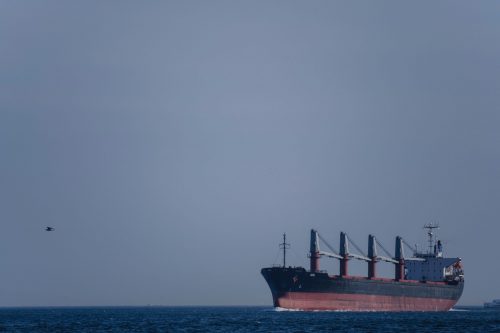 As a rusty, crude-filled oil tanker moulders off the coast of Yemen, the health and well-being of 1.6 million Yemenis—and of the country’s marine biodiversity—hang on the swift resolution of a standoff between UN environmental inspectors and the rebel group that controls the region.

“Time is running out to prevent a disastrous oil spill from a deteriorating tanker loaded with 1.1 million barrels of crude that is moored off the coast of Yemen,” reports The Guardian.

Floating without maintenance for more than five years, the FSO Safer may well produce a spill four times larger than the 1989 Exxon Valdez catastrophe. Such a disaster would devastate both “one of the most important repositories of biodiversity on the planet,” according to the UN, and the region’s people, many of whom depend on fishing for their livelihood.

To date, that work has been blocked by Houthi rebels who have refused to allow UN inspectors onboard, demanding first a list of conditions “linked to Yemen’s six-year civil war”—including directives on what happens to revenues from the oil on the tanker.

Meanwhile, the situation worsens. “Long-held concerns about the rusting 44-year-old oil tanker escalated on May 27 when seawater began leaking into its engine room,” writes The Guardian. The cause of the leak is still unknown, but the turn of events has prompted the rebels “to agree to give new written permissions that, if honoured, would allow the UN to deploy a team within three weeks.”

If a spill does occur, “essentially every fishing community along Yemen’s west coast would see their livelihoods collapse and would suffer substantial economic losses,” the news story notes, adding that “about 90% of people in these communities already need humanitarian assistance.”

Given also that a spill would lead to the closure of the port of Hodeida—triggering a doubling of food prices—and that any fire “could expose more than 8.4 million people to harmful levels of air pollutants,” a UN coordinator has asked that arrangements be approved quickly and “without preconditions,” The Guardian says.