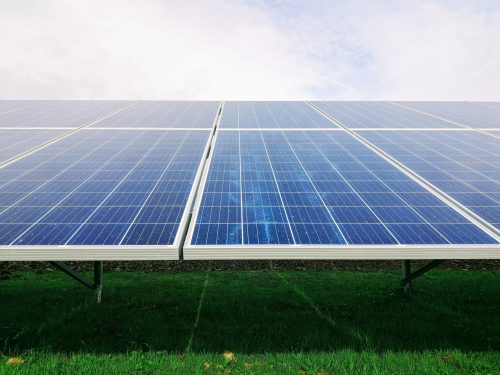 The BBC is focusing its attention in an unlikely direction—the opium fields of Afghanistan’s Helmand province—for proof of how quickly solar can scale up and become profitable, for better and for worse.

“If you have ever doubted whether solar power can be a transformative technology, read on,” writes BBC chief environment correspondent Justin Rowlatt. “The market I’m talking about is perhaps the purest example of capitalism on the planet. There are no subsidies here. Nobody is thinking about climate change—or any other ethical consideration, for that matter.”

It’s all about “small-scale entrepreneurs trying to make a profit,” he adds, and “how Afghan opium growers have switched to solar power and significantly increased the world supply of heroin.”

Not that solar manufacturers ever set out to drive up the global drug trade. But “this is a story about how [the technology] has proved its worth in the toughest environment possible.”

Rowlatt recalls a military helicopter trip in 2016 over Helmand, the province considered most dangerous by western military forces in Afghanistan, and “the heart of by far the most productive opium-growing region on the planet.” Once he’d spotted his first solar installation, he kept noticing them.

“There seemed to be a small array of solar panels in the corner of most farm compounds, and that was back in 2016,” he writes. “It is only now that the scale of the revolution in heroin production I was unwittingly witnessing has been quantified. Because I wasn’t the only person to notice that Afghan farmers were taking an interest in low-carbon technologies.”

Rowlatt cites satellite research by ex-UK soldier Richard Brittan that shows the same set-up on multiple Afghan farms—solar panels and a reservoir. “It’s just how opium poppy is farmed now,” Brittan said. “They drill down 100 metres or so to the groundwater, put in an electric pump and wire it up to a few panels, and bingo, the water starts flowing.”

Takeup of the technology has been very rapid, Rowlatt says—from 2013, the first reported use of solar by an Afghan farmer, Brittan’s team counted 67,000 arrays in Helmand alone in 2019. The improved water pumping has allowed producers to irrigate desert lands, boost productivity, leave behind the diesel fuel that was previously their biggest expense, and in some cases grow tomatoes as well as opium or increase their output from two annual harvests to three.

Rowlatt makes it clear that this is not a good news story—apart from the acutely addictive nature of the  crop and the human suffering it brings, the amped-up irrigation is accelerating groundwater loss by an estimated three metres per year.

But “the story of the revolution in Afghan heroin production shows us just how transformative solar power can be,” he writes. “Solar is getting so cheap that it is capable of changing the way we do things in fundamental ways, and with consequences that can affect the entire world.”

In many markets, “solar is already cheaper than fossil fuels. What’s more, its cost follows the logic of all manufacturing—the more you produce and install, the cheaper it gets,” he adds. “That means we can expect a lot more of the power we all use to be generated from solar energy in the years to come. And what the changes in Afghan opium production show us is that having a source of power independent of any electricity grid—or fossil fuel supplies—can bring significant innovation. It also proves the consequences won’t always be positive.”