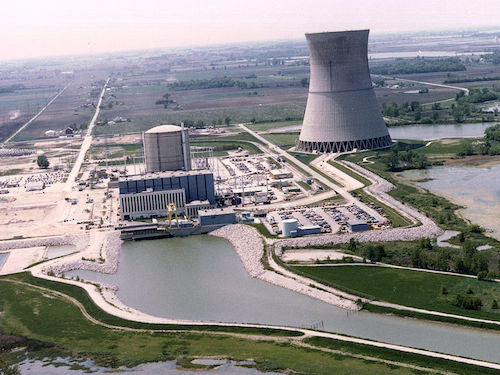 The outsized political power of U.S. utilities has come into sharp focus over the last 10 days, with bribery scandals in Ohio and Illinois reaching senior politicians in both states, including the speakers of both state houses.

“The charges are linked to a controversial law passed last year that bailed out two nuclear power plants in the state while gutting subsidies for renewable energy and energy efficiency,” National Public Radio reports. “The federal complaint describes a years-long bribery campaign to build support for Householder’s bid to become House speaker and then pass the nuclear bailout law with his help.”

“These allegations are bribery, pure and simple,” said Dave DeVillers, U.S. Attorney for the Southern District of Ohio, calling the scandal the biggest case of bribery and money laundering in state history. “This was quid pro quo. This was pay to play.”

Two federal officials described the scheme as a “sophisticated criminal conspiracy” and a “shameful betrayal,” the Dayton Daily News writes.

In Illinois, Chicago-area utility Commonwealth Edison accepted a $200-million fine and three years of  regulatory requirements, in a deal to “avoid a criminal trial that could further expose details of its alleged wrongdoing to public scrutiny,” Greentech Media writes. “ComEd stands accused of steering jobs, contracts, and payments to associates of Illinois House Speaker Michael Madigan (D) in exchange for favourable treatment in the state legislature, including legislation related to rate increases.”

In both cases, the utilities’ “unrestrained influence” has “implications for climate change and the environment, although those factors differ widely in the Illinois and Ohio cases because of differences in the bills passed in each state,” InsideClimate News reports. “Environmental advocates say both the Illinois and Ohio examples are alarming because they show a system in which all concerns take a back seat to profits of utilities.”

“When companies like ComEd and [Ohio utility] FirstEnergy have billions of dollars at stake, spending tens of millions of dollars on campaign contributions, bribes, and other activities is sort of a down payment, and that’s sad,” Howard Learner, president and executive director of the Chicago-based Environmental Law & Policy Center, told InsideClimate.

Both scandals “touch on hotly contested policy debates about the transition to renewable energy and whether nuclear power, which is carbon-free, is so important to that transition that it needs to be subsidized,” InsideClimate adds. But that’s “largely beside the point” for David Pomerantz, executive director of the Energy and Policy Institute, a U.S. utility watchdog group.

Utilities have a pattern of trying “to spend money to influence policy in ways that, above all, protect or strengthen their monopolies and grow their profits, agnostic of the climate impacts,” he told ICN. “If we get the corrupting influence of utility money out of politics, I’ll very happily take my chances with honest policy debates that engage the public, which broadly supports the rapid transition from fossil fuels to clean energy.”

Mother Jones recounts the history of House Bill (HB) 6, the Ohio law that kept four money-losing coal and nuclear plants out of retirement, rolled back state renewables and energy efficiency targets, and left ratepayers to pay the $1.3-billion bill for all of that largesse. “Opponents of the HB6 law, which included an unlikely alliance of environmentalists and the natural gas industry, began to organize a referendum to repeal it, saying it amounted to a corporate bailout for the utility player FirstEnergy,” MoJo writes. “What ensued was an aggressive and bizarre counter-campaign launched by a set of mysterious actors that didn’t disclose their donors, all singularly focused on preventing the referendum from gathering enough signatures before its deadline.”

By October, it was clear the counter-campaign had worked, and the issue faded—until the FBI showed up at Householder’s farm last Tuesday with an arrest warrant.

In the wake of the bribery scandal, the U.S. Sierra Club and the American Wind Energy Association both called for HB6 to be reopened, and state politicians on both sides of the House got to work on repeal bills. A day later, Republican Governor Mike DeWine joined the push to repeal the bill, saying it had been tainted by the alleged bribes.

“No matter how good this policy is, the process…by which this bill was passed is simply not acceptable,” DeWine said Thursday. “That process, I believe, has forever tainted the bill, and now the law itself.” He called for HB6 to be replaced though “an open process that the public can have full confidence in.”

First Energy said it had received subpoenas connected with the investigation, and planned to cooperate, the Dayton Daily News reported Wednesday. Utility Dive says the company’s shares fell to $27.33 Thursday, from a 52-week high of $52.52.