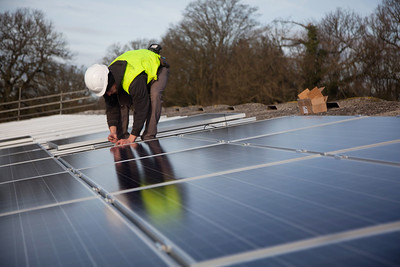 Increased reliance on electricity storage will make it easier for established power grids to retire their coal- and gas-fired power plants, postpone pricey and often controversial transmission line expansions, and get more output from the renewable energy installations they invest in, according to a new study in the journal Applied Energy.

Until now, the exact value of energy storage in a rapidly-shifting grid system has been hard to tie down, Greentech Media reports. That’s why a group of current and former energy system modellers from the Massachusetts Institute of Technology (MIT) took a step beyond the usual practice of either calculating the value of a single grid battery project, or trying to imagine the role of storage in an all-renewable grid. Instead, they looked at the role storage can play as renewables begin supplying 50% or more of a utility’s electricity, and as storage itself becomes more common, over a 15- to 20-year span.

“It turns out that capacity avoidance or capacity deferral is the biggest source of value for energy storage in that long-run context,” said study co-author Jesse Jenkins, now teaching at Princeton University. “Storage, as an asset, allows you to make better use of other fixed assets in the system.”

Greentech says that view represents a shift from batteries’ present-day role in stabilizing the frequency of the current that runs through power lines. “The need for that service quickly gets saturated as storage deployment expands,” the U.S.-based industry newsletter explains. So “the long-term adoption of storage will rely more on the capacity role. Some developers are already finding ways to monetize that, but market rules often don’t allow full compensation for the thing that’s theoretically most valuable about storage technology.”

The study came up with three ways for storage to reduce other kinds of investment in new grid capacity. They can slow down acquisition new renewable energy assets by reducing the amount of time that existing solar and wind plants have to be shut down to avoid producing more power than the grid can receive. They’re already beginning to replace expensive gas-fired “peaker” plants that only run for a few hours at a time when power demand reaches its highest point. And they can delay the need for new power lines “by holding power during congested periods and delivering it when the wires have more capacity,” Greentech says.

“To justify more storage investment, costs will need to fall,” Greentech writes. But “in a scenario where battery costs drop to about half of today’s levels (as estimated for 2050 capital costs), batteries already make sense in 40% wind and solar grids (up to 4% of peak demand), and their value shoots up as more renewables arrive.”

The next question is how to get storage developers paid for their product. “The real-world economic value of storage will depend on how the various forms of capacity substitution value are monetized and captured by and shared among various actors, including storage owners, [variable renewable energy] asset owners, thermal asset owners, network utilities, and electricity consumers,” the study stated.

Greentech has details of the modelling in the MIT study and the system changes that would be needed to fully integrate storage in existing grids.