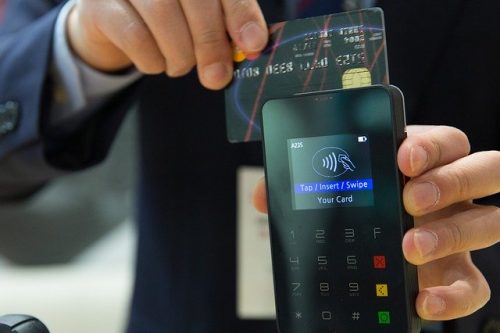 The federal government’s successful use of its purchasing power to get medical equipment produced during the COVID-19 pandemic might help shift a years-long debate over the role of government procurement in supporting start-up cleantech companies.

Advocacy groups have been calling on Ottawa to use its own clout as a consumer of goods and services in exactly that way, but “typically run into a wall when green procurement ideas reach departments more focused on the government’s bottom line, such as the Treasury Board,” writes Globe and Mail columnist Adam Radwanski. “And there tends to be a high degree of caution across the bureaucracy around inserting policy goals beyond short-term value-for-money into the process, lest it result in perceived boondoggles, not to mention trade law violations.”

But Radwanski says he detected a new take on the issue during a recent interview with Innovation Minister Navdeep Bains. “How can we use government procurement in a strategic way?” the minister asked. “How can we be a customer to validate a lot of these solutions, to enable these companies to be able to succeed not only within Canada, but globally as well?”

In response to global supply chain shortages laid bare by the pandemic, “I think in the current crisis we’ve seen how quickly we’ve been able to mobilize,” Bains added, and that “sense of urgency” and nimbleness should be brought to government investment in emissions reductions.

For years, the cleantech community has been urging Canada to “follow the lead of other countries—including many in Europe, and even to some extent the United States—by structuring procurement policies in ways that reward comparatively environmentally friendly bids for government contracts,” Radwanski says. “That ideally involves the use of homegrown low-emissions technologies, not just for specifically climate-focused projects, but whenever possible in government purchases ranging from construction materials to vehicles to military supplies.”

For early-stage start-ups scrambling to commercialize their ideas, “governments have the potential to derisk new technologies by being early adopters of them, not only providing some revenues but giving confidence to other customers,” he adds. “Failing to do so arguably places Canadian companies at a competitive disadvantage, as would-be foreign clients are put off by what they see as a lack of domestic uptake.”

While that idea might not land well with a more cautiously-minded public service, Radwanski says Bains suggested two ways to “level the playing field” for Canadian firms: start-up funds issued competitively through an existing program, Innovative Solutions Canada, and directing upcoming economic stimulus dollars “toward contracts for which emerging Canadian companies are well-positioned to compete”.

Radwanski cites Clean Energy Canada Policy Director Sarah Petrevan calling for a share of Innovative Solutions Canada funds to be “apportioned off” for green products, and Analytica Advisors President Céline Bak pointing to products like low-carbon cement where Canadian firms are poised to compete. Both analysts support directing a share of public procurement to small businesses, as the U.S. and other governments do.

“That’s exactly the sort of tinkering the federal civil service has generally resisted, for fear of increased costs and unnecessary complication,” Radwanski writes. “But a common refrain from people who have lobbied previously for green procurement policies is that there’s been a lack of political leadership within government.” Which is why the Globe columnist took note when Bains chose to raise the subject, unprompted, during their interview.