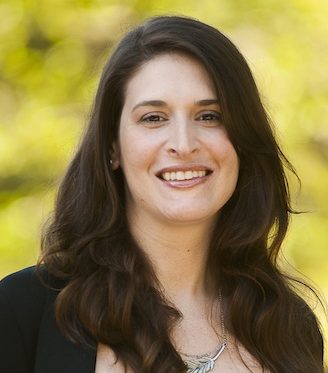 Sarah Petrevan is Policy Director at Clean Energy Canada, and one of the key climate advocates monitoring Ottawa’s progress toward a just, green recovery. With Canadians waiting and watching to see what form that recovery will take, she shares her latest assessment of where the discussion stands.

The Energy Mix: How would you assess the federal government’s approach so far to a green and just recovery?

Petrevan: It’s challenging to assess their approach, because we haven’t seen a recovery package yet. But what have we seen?

On one hand, Canada still feels very much like it’s in crisis mode. Things are slightly more relaxed than they were in March or April, but even as the economy opens in various places and stages, we’re now seeing spikes [in COVID-19 infections] in certain parts of the country. Things don’t feel like they’re back to normal. We haven’t seen a large recovery package, or any recovery package, because we’re still dealing with the more immediate challenges around wages and people being out of jobs, particularly in sectors like tourism and hospitality.

On the other hand, all the right signals we would look for are there. The government has maintained its commitment to a price on carbon. They’ve maintained their commitment to the Clean Fuel Standard. And we’re also seeing green strings on certain relief packages, like the requirement for climate disclosure in the Large Employer Emergency Financing Facility (LEEFF) bridge financing program. Those all point in the right direction. But we haven’t seen a full economic recovery package yet, and it’s uncertain when that might change.

The Mix: We are seeing releases like the recent Energy Policy Tracker that reported C$16 billion in potential fossil relief in Canada, compared to only $300 million for clean energy. But it’s just potential relief, because there isn’t enough transparency around Export Development Canada to track the actual spending. What does that say about the shape of the recovery?

Petrevan: It’s really uncertain. There isn’t a lot of information out there, and we can’t assess Canada’s package, because we haven’t seen it yet. I think everyone is trying to piece together what’s going on because there’s an information vacuum. And when a vacuum is created, people are left trying to figure out what’s going on and why.

The Mix: We’ve been hearing that there’s fairly strong support in government for green recovery measures, but caution about a second wave of the pandemic. At the same time, we’re starting to see some pointed criticism that they’re being too hesitant. What process and timing do you see ahead?

Petrevan: It’s obvious the government doesn’t feel like it’s ready to move forward with a package, and who knows whether that will change by September? But I will say that, through the sheer course of operation, the government is going to have to deliver a budget at some point. We haven’t yet had a 2020 budget. We had an economic statement last week, but that really only focused on the size of the crater left by the pandemic, and there will need to be a budget. Maybe we’ll see things come out then, but I really have no insight into what they’re thinking timing-wise.

The Mix: What are the other factors either holding things up or pushing the process forward?

Petrevan: That’s a good question, and certainly others are speculating about it. Here, again, when there’s a vacuum, when there’s a lack of detail and perhaps some growing anxiety and uncertainty, the vacuum gets filled with lots of different things and people conclude what they want to conclude.

The Mix: We’re also hearing that the fossil industry is none too pleased with the pace and structure of the COVID-19 supports they’ve been offered. At this point, would you say Ottawa is favouring one set of industries over the other, or is everything just moving very slowly?

Petrevan: I don’t know that it’s fair to say they’re favouring one sector over another. A lot of sectors are hurting across the country, and certainly oil and gas wouldn’t be the only one saying the support programs aren’t targeted enough towards them or don’t meet their needs. From a government policy perspective, it’s challenging to come up with a one-size-fits-all approach: you need policies to be as streamlined as possible, but there are all sorts of unique sectors and work situations around the country. Despite any misgivings about what a green recovery package might look like, you do have to give the federal government credit for coming up with fast and quick and robust relief packages that meet the majority of people’s needs, even if they’re not 100% of what everyone would want if they were to design it themselves.

The Mix: Is there anything you’d like to add?

Petrevan: It’s uncertain times, and I like everybody else would love to know what’s going on and see Canada lead with a stimulus package that addresses the future challenges in the economy as a result of this pandemic, with principles like equality in mind. At the same time, I also want to see an economic recovery package that puts Canada on the path to having a strong economy in the future that reflects our commitments to our 2030 targets and achieving net-zero by 2050. I think there’s a possibility we’ll take the opportunity to do that, and there’s a risk that we won’t.