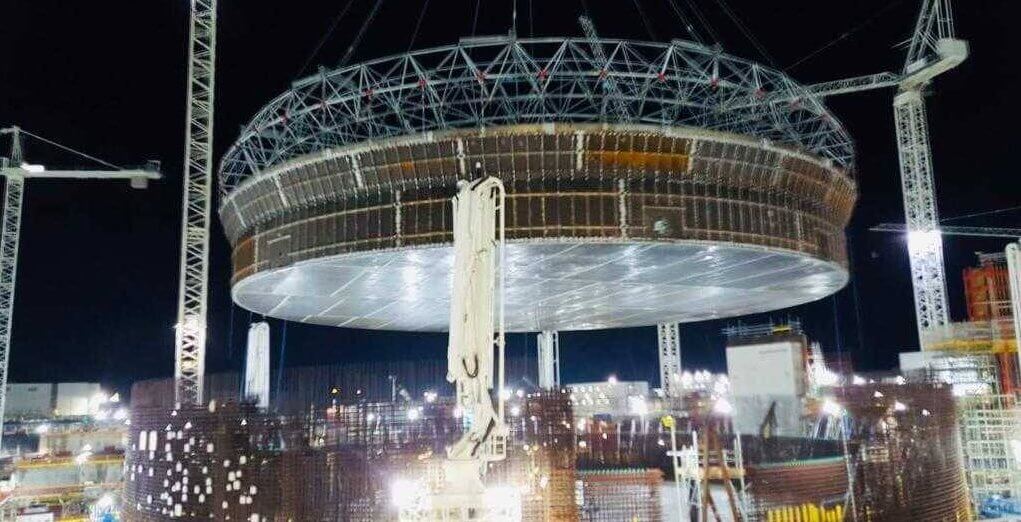 LONDON, 15 July, 2020 – You may think a UK nuclear future, given the bright prospects for wind and solar power, is a dream that has finally died. Perhaps. But don’t be too sure.

If you watched BBC television in the 1980s, you might well have seen the Blackadder comedy series, one of whose stars was the hapless dogsbody Baldrick. However dire the plight into which the scriptwriters had plunged him and his companions, Baldrick unfailingly reassured them: he would save the day with his latest “cunning plan”, a phrase now hallowed as a guarantee of doom.

Leap forward 30 years to the present day, where one of the most influential figures involved with the UK government of prime minister Boris Johnson is his senior special adviser (an unelected figure), Dominic Cummings. He too has a plan, it’s said. But this is no comedy: the plan is serious, and it’s nuclear.

It envisages a massive expansion of the United Kingdom’s nuclear industry, prompting a reputed joke by civil servants that Cummings’ plan is little different from one of Baldrick’s.

The Cummings plan involves three elements: building several large nuclear reactors in the UK, plus dozens of prefabricated ones, called small modular reactors or SMRs, and investing heavily in research for what are called Generation IV nuclear reactors – technologies planned for deployment around 2030.

Dominic Cummings is not alone in his enthusiasm. Donald Trump, President Putin of Russia and China’s President Xi Jinping all favour this approach.

His plan is also backed by the British company Rolls-Royce. It is suffering badly from its heavy involvement in the aviation industry, and it sees government investment in a new generation of reactors as a lifeline. The company is already building small reactors for the UK’s nuclear submarine fleet.

Backing for Cummings has come from a government-funded thinktank, Catapult Energy Systems. In a report, Nuclear For Net Zero, Catapult envisages using SMRs for district heating schemes and advanced reactors for producing hydrogen. This would be used for transport in cars, lorries and trains, or for storing energy for peak electricity production.

Although it is described as independent Catapult is largely funded by Innovate UK, itself funded by the government, and has as its strategy and performance director Guy Newey, previously an adviser to energy ministers in previous Conservative administrations when successive governments were aggressively pushing pro-nuclear policies.

Catapult’s report appears to mirror Dominic Cummings’ desire for imaginative solutions to climate problems. He is said to regard the idea of insulating millions of homes to reduce electricity bills and to improve health as “boring.”

“Only the French and Chinese appear to have the wish or expertise to build the reactors. But both these builders want British consumers to finance the nuclear stations’ construction”

His attitude, in turn, appears to reflect Boris Johnson’s enthusiasm for grandiose projects like a bridge between Northern Ireland and Scotland – and other projects, now abandoned, such as a new airport in the Thames estuary and a garden bridge across the Thames further upstream in central London, which Johnson championed when he was the capital’s mayor.

The problems that this nuclear agenda faces are both financial and political. The cost of developing such a programme is astronomical. Two reactors currently being built at Hinkley Point in the West of England are costing more than £10 billion (US$12.5bn) each. That price is likely to be exceeded for each of the eight further reactors proposed for the current building programme.

The second problem is that only the French and Chinese appear to have the wish or expertise to build the reactors. But both these builders want British consumers to stump up the cash in the form of a levy or tax on electricity bills to finance the nuclear stations’ construction.

Since the French and Chinese companies are both state-owned it might be politically difficult for the UK government to impose a tax on British consumers to enrich them. There is also a lot of disquiet among UK Members of Parliament about Chinese involvement in vital services like electricity supply and nuclear energy.

As for the SMRs, the idea is to build dozens in factories and then erect them on-site in prefabricated form. Apart from the fact that the technology is unproven and the expense of the electricity unknown (but likely to be high), the problem of where to site them does not seem to have been addressed.

It seems unlikely, given past public opposition to siting nuclear power stations close to centres of population, that they would be welcomed in cities, even if they did provide district heating.

The Generation IV reactors are still on the drawing board. Their development time is always quoted as more than a decade away.

In the meantime, while politicians make their plans, there is increasing business enthusiasm and an economic case for making green hydrogen from surplus wind and solar power, because it is much cheaper. The electricity needed will be surplus to grid requirements and therefore virtually free.

There is also a vast public and business appetite for building very competitive new onshore and offshore wind projects and small and large-scale solar installations. Finance would be no problem, because they are profit-making and quick to build.

Given a helping hand by government, many experts think the United Kingdom could be 100% powered by renewables by 2050, without any need for a Cummings plan. – Climate News Network

South Pole warms faster than anywhere − but why?