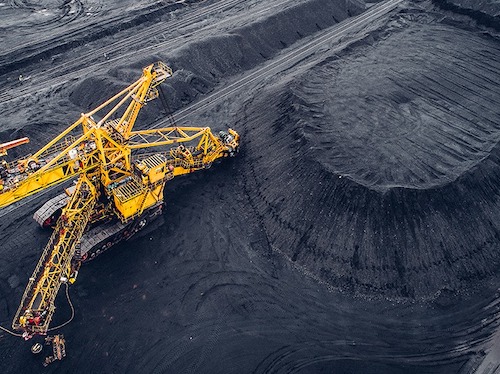 A group of 47 Canadian environmental, Indigenous, health, civil society, and faith organizations issued an open letter this week calling on Environment and Climate Change Minister Jonathan Wilkinson to order an environmental assessment for Coalspur Mines Ltd.’s plan to expand its Vista mine near Hinton, Alberta.

“If built, the proposed expansion could almost triple the mine’s current capacity, leading to an increase in pollution, infringement on the rights of Indigenous peoples, and destruction of the habitat of an endangered species of trout,” Ecojustice warns.

“Vista is already one of the largest thermal coal mines in Canada,” states the letter, published Monday in The Hill Times. And the organizations warn Wilkinson that Coalspur “has not been straight with you or with the public. Last year, you declined to order an impact assessment based on the information that Coalspur provided. It has since come to light that they failed to disclose material facts about the size and scale of the mine. And it now appears that they have further expansion plans, with the company now saying publicly that they want to increase their annual production to 20 million tonnes of coal per year.”

That new information “warrants that you order a federal impact assessment,” the groups state.

In an interview with The Mix last week, Ecojustice lawyer Fraser Thomson said federal law has specific provisions that allow the government to take action in this kind of situation.

“It’s really only thanks to a combination of technical and legal manoeuvres that Coalspur has avoided an impact assessment to this date,” he explained. “But the Minister has powers under the Impact Assessment Act reserved for exactly this kind of situation when a project slips through the cracks. Those powers are built into the Act as a safety net. So when you have a proposal for such a massive mine extracting one of the most dangerous commodities to our climate, it seems the Minister has to use these powers. If not now, when?”

Thomson warned that Wilkinson would be sending a big, loud signal to other would-be project developers if he let the Vista expansion proceed without an assessment. “If you are a proponent planning to build an expansion in Canada,” he said, “you would obviously be following what Coalspur is doing, and if you wanted to avoid an impact assessment, you would probably replicate that.”

[Energy Mix Productions was one of the organizations that signed the letter.]