Rivian Lands $2.5B in New Financing, May Be First in U.S. to Deliver All-Electric Pickup Truck 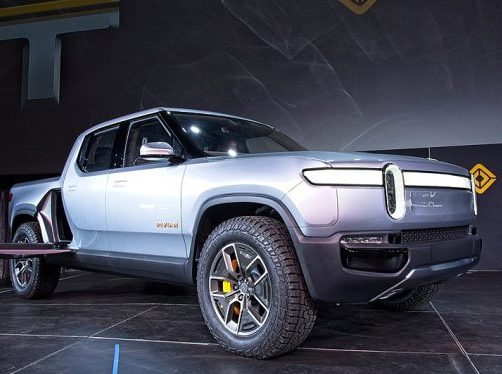 Plymouth, Michigan-based Rivian may be on track to become the first manufacturer to bring an all-electric pickup to the U.S. market, ahead of Tesla Motors and industry upstart Nikola Motor Co., after securing US$2.5 billion in new financing to keep on trucking.

Although Rivian hasn’t had the same public profile as Tesla—Scaringe’s Twitter account “remains unverified”, CNBC says—the CEO “has worked methodically over the past decade to grow the private company into what might be the first auto start-up since Tesla to mass-produce all-electric vehicles.” In June, he said the company was “open” to new financing to support its “aggressive growth plans”, but had no plans to go public.

“We’re in a position where we’re well-capitalized to launch the products, but we are rapidly expanding and growing and accelerating some of our future products,” he said. “We’re seeing demand being significantly higher than what we initially anticipated, which is leading us to [build capacity] for higher levels of volume.”

While CNBC says Rivian’s rollout was delayed several months by the COVID-19 pandemic, the company has a pre-order from Amazon to deliver 100,000 vans over the next decade. Now, “the all-electric pickup and SUV are expected to launch early next year, while Amazon expects to have 10,000 of the vans in its fleet by 2022,” the U.S. TV network states. “Rivian has said the pickup and SUV, which debuted in late 2018, will achieve a driving range on a single charge of more than 400 miles—in line with Tesla’s top Model S Long Range Plus.”

Rivian will produce the truck at a 2.6-million-square-foot former Mitsubishi Motors plant in Normal, Illinois that it paid $16 million to buy and another $750 million to refit.

“Clearly, we believe in the company and we think he has a great opportunity to succeed,” said Sandy Schwartz, CEO of Cox Automotive, after his company invested $350 million in Rivian in September. “We thought this was really a good fit for us and for them.” CNBC says investors in the latest round of financing include T. Rowe Price Associates, Soros Fund Management, Coatue, Fidelity Management and Research Company, and Baron Capital Group, along with earlier investors Amazon and Blackrock.