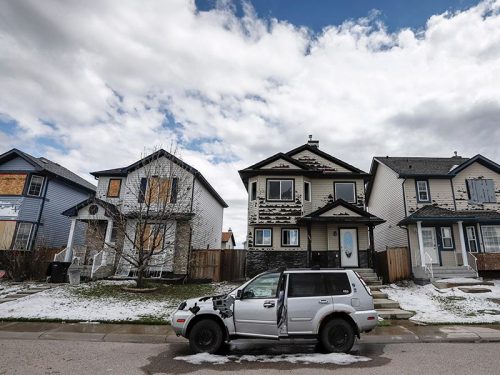 The hailstorm that hit southern Alberta last week, smashing windows and destroying farmers’ crops, was the most severe on record and the fourth-worst natural disaster in Canadian history, causing an estimated C$1.2 billion in damage, CBC reports.

That estimate is preliminary, and will take months to finalize as damage claims roll in, said Celyeste Power, western vice-president at the Insurance Bureau of Canada.

“The storm hit northeast Calgary, Airdrie, and Rocky View County hardest,” CBC reports. “It damaged at least 70,000 homes and vehicles and destroyed entire crops, as hailstones the size of tennis balls fell at 80 to 100 kilometres per hour.”

“It is clear this is a devastating thing for many people,” said Calgary Mayor Naheed Nenshi. “Many people in Calgary have had their homes completely wrecked…a lot of people have had their livelihood taken away, and even those who were fully insured are still looking at huge deductibles, having to come up with thousands of dollars today for an expense that can’t be delayed.”

Power said damage from hail and wind “is typically covered by home, commercial, and comprehensive auto insurance policies,” The Canadian Press reports. News coverage so far appears to make no mention of lower-income households with no insurance.

“Albertans know too well the stress, turmoil, and financial hardships that severe weather events can cause,” Power said in a release last week. “Of the 10 most costly disasters in Canada, six of these have hit Alberta. Fortunately, Albertans are resilient and continue to come together in difficult times like these.”

She added that the hailstorm fit a bigger pattern, even if no single storm leads to an increase in insurance premiums.

“It’s hard to ignore the fact Canada has been hit hard with natural disasters over the last decade,” she told CBC. “We’re seeing much more frequent severe weather,” and the Insurance Bureau is “working with all levels of government to try and reduce risk and build as resilient of communities as possible, investing in infrastructure, getting people out of flood plains.”