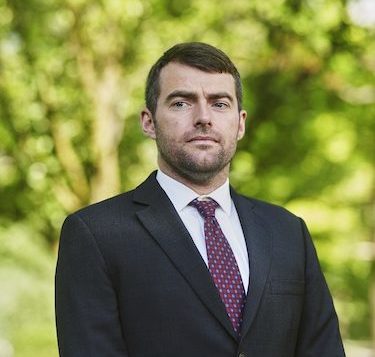 Fraser Thomson is a lawyer with Ecojustice and a member of the legal team working to stop the Vista mine expansion.

The Energy Mix: For readers who are just tuning in to the story, what is the Vista mine and why is it such a big issue?

Thomson: The Vista mine is located in Treaty 6 territory near Hinton, Alberta. To my knowledge, it’s the first thermal coal mine ever built in Canada for the sole purpose of supplying overseas coal plants.

Almost immediately after the mine opened in 2019, Coalspur Mines Ltd. applied for a massive new expansion. Right now, it’s approved to extract about six million tonnes of coal per year. But the company told the regulator it plans to increase that to upwards of 15 million tonnes, and in one recent publication, Coalspur announced its intention to push that as high as 20 million tonnes in the future.

So this is a massive mine, on a scale that is almost unprecedented—it would be one of the largest if not the largest coal mine in Canadian history. When that 15 million tonnes of thermal coal is burned, it will lead to about 33 megatonnes of carbon dioxide per year, the same as seven million passenger vehicles on the road. For comparison, the largest point source of carbon in Canada right now is a coal plant in Alberta that emits 12.7 megatonnes per year, so this would far surpass it.

The Mix: Those emissions would go on someone else’s greenhouse gas inventory?

Thomson: That’s correct. But as we all know, and as the Prime Minister has said, it all contributes to the same climate crisis. The impacts on the world are identical, whether we burn coal here or abroad.

The Mix: What are the wider impacts if the project is approved?

Thomson: The project would exacerbate the climate crisis and undermine Canada’s credibility as a climate leader on the world stage. The reality is that we don’t have time to be hypocritical or indecisive about phasing out the world’s dirtiest fossil fuel. The science is telling us we have to halve greenhouse gas emissions by 2030, and thermal coal is fundamentally incompatible with that goal—it’s toxic to human health, responsible for more than 800,000 premature deaths per year, and disastrous for the climate.

This project also has the  potential to infringe on the Indigenous rights, Section 35 treaty rights, and inherent rights of First Nations. There are a number of First Nations and Métis nations in the area that use the land in and around where the mine is being proposed. The federal government has not meaningfully engaged in consultation with any of these nations, and the province’s process to this date has been woefully inadequate. We also know a coal mine is a massive undertaking that produces huge amounts of toxic waste and tailings, so a project this size will have an impact on the local environment, and the project is also in the habitat of two federally-protected at-risk species of trout.

The Mix: Hasn’t Canada committed to phasing out coal by 2030, re-established its impact assessment laws, and promised a more ambitious carbon reduction target for 2030? How does this project fit the picture?

Thomson: Canada has phased out all conventional thermal coal combustion by 2030, and we know that’s a good thing. Coal is a 19th century fuel that has no place in a world that’s serious about stopping the climate crisis. What’s so shocking about this project is that it makes absolutely no sense to ban coal in your own country if you plan on selling that same coal overseas. The federal government knows how climate change works: the carbon emissions affect the climate the same way, whether the coal is burned in Alberta or Korea. So by turning a blind eye and allowing this project to proceed without an impact assessment, the federal government risks undermining all the hard work Canadians have done and are doing to phase out coal in this country.

The Mix: Does it reflect a weakness in the impact assessment rules that Coalspur could try to sneak this project through? Or was the legislation built to fail?

Thomson: On paper, the Impact Assessment Act is a decent law that balances industry, Indigenous, and environmental interests. It’s really only thanks to a combination of technical and legal manoeuvres that Coalspur has avoided an impact assessment to this date. Under the Act, a new mine that was one-eighth the size of Vista, around 1.8 million tonnes per year of coal, would immediately require an impact assessment. So an American company and its massive thermal coal mine have really slipped through the cracks, and the company has not been transparent about its intentions: it failed to disclose plans for an underground expansion last fall, then only recently disclosed its intention to expand the mine to 20 million tonnes per year. Given the history, the Minister in our opinion really must designate the project for an assessment. If he fails to do so, he will be allowing Coalspur’s piecemeal expansion plans to really make a mockery of Canada’s environmental assessment laws.

The Mix: If Coalspur gets its expansion with no impact assessment, will it be charting a path for other project developers aiming for the same result?

Thomson: If you are a proponent planning to build an expansion in Canada, you would obviously be following what Coalspur is doing, and if you wanted to avoid an impact assessment, you would probably replicate that.

But the Minister has powers under the Impact Assessment Act reserved for exactly this kind of situation when a project slips through the cracks. Those powers are built into the Act as a safety net. So when you have a proposal for such a massive mine extracting one of the most dangerous commodities to our climate, it seems the Minister has to use these powers. If not now, when?

The Mix: Environment and Climate Change Minister Jonathan Wilkinson must certainly know all of this. What’s holding things up?

Thomson: We submitted our request May 1 on behalf of our clients: Keepers of the Water, Keepers of the Athabasca, and the West Athabasca Watershed Bioregional Society. The Minister has 90 days to respond, so we’re anticipating a response July 30.

The Mix: Since the Bonn COP in 2015, Canada has been working with some success to expand on the initial membership of the Powering Past Coal Alliance. How seriously can we expect to be taken with the next round of advocacy and arm-twisting if we allow an American company backing a massive coal expansion to avoid impact assessment in our own back yard?

Thomson: Canada’s track record on thermal coal is a success story: Banning thermal coal plants in this country, our work on the Powering Past Coal Alliance, have been exemplary. But if the minister allows this project to go forward without an impact assessment, it will really cast a harsh light on the rift between Canada’s talk about powering past coal and its willingness to translate that into action.

The Mix: But really, how would that next round of negotiation goes? If Canada did try to recruit the next group of Powering Past Coal members from South Korea or Japan after letting this project through, why wouldn’t those countries or companies just laugh?

Thomson: It may come down to that: if we’re not okay with burning coal at home, we shouldn’t be okay feeding the consumption of other countries overseas. It really undermines the international leadership Canada has been showing on this issue. It’s hard to go around the world and ask countries to phase out the commodity you’re selling them.

Reviewing the Coalspur expansion under the Act would simply subject it to a rigorous assessment informed by Indigenous knowledge that would allow for a science-based decision on whether it should proceed. Not requiring that would be a direct contradiction.