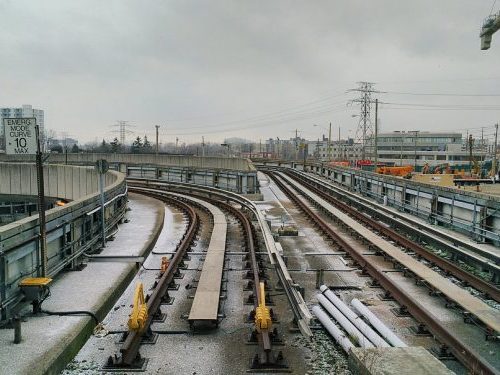 Recent announcements on transit-oriented development, affordable housing, air conditioning in long-term care homes, and even education policy are shaping up as a screen for the Ontario government’s latest attempt to scale back environmental protections and clear the way for unrestrained, decidedly unsustainable development, critics say.

The 188-page omnibus bill tabled July 8 amends 20 different pieces of legislation, “so it’s going to take some time to unpack it,” but the announcement is already shaping up as a “Trojan horse,” Environmental Defence Programs Director Keith Brooks told The Energy Mix.

“On Monday, they were talking all about transit-oriented development and affordable housing, trying to control the message that this was a positive thing, when in fact it was just cover,” he said. “They wanted people to talk about those positive elements, but in fact the bill is highly damaging.”

The COVID-19 Recovery Act contains provisions on schools, municipalities, and the justice system, “something opposition critics say have little to do with the pandemic itself,” CBC reports. “Municipal Affairs Minister Steve Clark says if passed, the bill would speed up environmental assessments, offer new consumer protections, and help address unemployment.”

But “NDP House leader Peggy Sattler says the bill is an abuse of the government’s power under the current state of emergency in the province,” the national broadcaster adds. “Liberal House leader John Fraser says some parts of it, such as changes to how justices of the peace are appointed, have nothing to do with pandemic recovery.”

Brooks said elements of the plan were posted on the province’s Environmental Registry Wednesday evening and Thursday morning, but only as a notice, not as a call for consultation. “They’re justifying it all based on the need for economic recovery, but to us it seems like a thinly-veiled cover for deeply regressive action.”

In contrast to the just, green recovery demanded by a wide cross-section of civil society, “it’s about fast-tracking development proposals and reverting back to the same playlist this government has been working from since Day 1.”

In a release, Environmental Defence drew a red line around a provision that no new regulation can be introduced unless an existing one is cancelled at the same time. “It’s this view of regulation as red tape that led to the Walkerton tragedy 20 years ago, and could lead to the hasty removal of important regulations that protect our health and environment,” the organization recalled.

Walkerton was the Ontario town where an e. coli outbreak killed seven people 20 years ago, after the provincial government of Mike Harris dismantled provincial oversight, privatized water testing, and “washed its hands of the responsibility to make sure the water was safe,” Brooks recalled. He said the one-for-one requirement on new regulations will “create an incentive to do one of two things: either don’t pass new regulations, or pass a new regulation but just gut something else, without fully understanding the impact of the action you’re taking.”

Brooks recalled one instance where that approach has already backfired on the Ford government. When the province tried to repeal a regulation governing the resolution of fenceline disputes between neighbouring farmers, after observing that no one ever used it, farm organizations explained the lack of activity was a measure of the regulation’s success: As long as everyone knew the rules, they said, disputes were easy to address. But without the regulation sitting quietly on the books, chaos would reign.