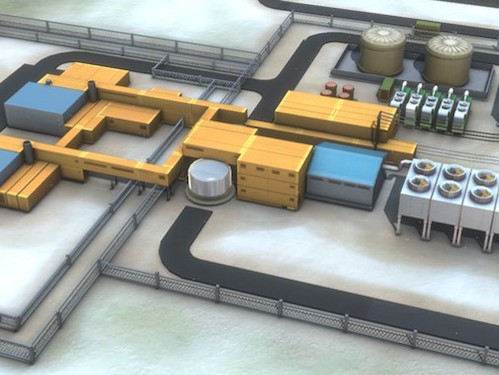 The rise of “small” nuclear reactors (SMRs) raises serious concerns about radioactive waste disposal and is ultimately a distraction from real climate solutions, according to two separate analyses published days apart in New Brunswick and Saskatchewan, two of the three provinces that have been touting the technology.

In New Brunswick, SMRs “will create irradiated fuel even more intensely radioactive per kilogram than waste currently stored at NB Power’s Point Lepreau Nuclear Generating Station,” write nuclear consultant Gordon Edwards, president of the Canadian Coalition for Nuclear Responsibility (CCNR), and University of New Brunswick researcher Susan O’Donnell, a member of the NB Media Co-op. “The non-fuel radioactive wastes will remain the responsibility of the government of New Brunswick, likely requiring the siting of a permanent radioactive waste repository somewhere in the province.”

In Saskatchewan, Darrin Qualman, director of climate crisis policy at the National Farmers Union, and NFU farmer Glenn Wright trace their province’s history with what they cast as a failed past attempt at an “E85 highway” fuelled by ethanol, followed by the stunning failure of its adventures with carbon capture and storage. “SMRs are the third chapter in the government’s use of distracting technologies to kick the climate change can down the road,” they state. “Thoughtful, informed people can disagree over nuclear energy, but even those who support nuclear power should be angered by what the government is doing: Not supporting nuclear, but rather using it cynically as a fig leaf to cover up the government’s ideologically-driven foot-dragging on climate solutions.”

“The two New Brunswick prototypes are both designed to reuse spent CANDU fuel bundles,” Edwards and O’Donnell explain, and “the basic problem is that you cannot access the materials inside the spent fuel from Lepreau except by opening up the solid bundles and converting them into a molten or liquid form. The spent fuel contains hundreds of human-made radioactive poisons that were created inside the Lepreau nuclear reactor. Some of these poisons are gases or vapours, making it extremely difficult to keep all dangerous materials in check and accounted for. In prior operations of this kind, radioactive pollutants have invariably escaped into the environment.”

And reopening the bundles “would revive fears of a ‘plutonium economy’, a civilian traffic in special nuclear materials that governments or criminals or terrorists can use to make powerful nuclear weapons or radiological explosives called ‘dirty bombs’ without the need for sophisticated or readily detectable infrastructure.”

By contrast, “there are numerous proven technologies, policies, and strategies to address climate change and reduce emissions being implemented worldwide. Our government is delaying because it chooses to, not because it has to,” the Saskatchewan authors add.

“In the best case, SMRs are 2030s or 2040s technologies,” they note. “But solar and wind power can provide low-emission electricity today. In fact, our province has among the best solar and wind resources in the world and those power supplies can be deployed at less cost, lower risk, and much more quickly. It’s strange that the sunniest province in Canada has not developed this world-class renewable resource. Real leadership would focus on wind and solar.”