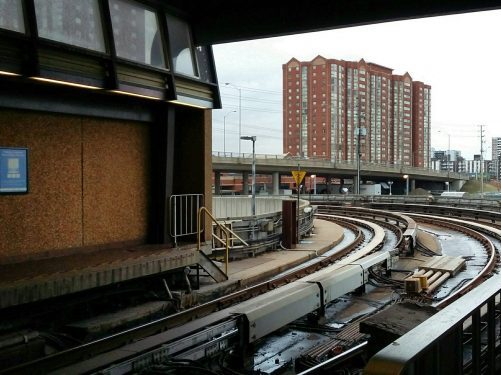 The Ontario government is introducing legislation to support transit-oriented development, with plans to build thousands of new homes—including affordable housing—on top of or adjacent to a dozen new stations along the Greater Toronto Area’s new Ontario Line, the Scarborough subway, and the proposed Eglinton West LRT and Yonge North subway extensions.

“This would just apply to new stations, not existing TTC stations,” an unidentified senior government official told the Toronto Star. “The thinking is that we take the lands that we’d be purchasing for the transit stations and use these same lands for the construction of housing, including affordable housing,” a second official confirmed.

“A priority for us is to get a collaborative approach operationalized with municipalities. We know affordable housing is very important to Mayor (John) Tory and others and this is a program that can help deliver that,” the first official added. “We know people want the opportunity to work, play, and live near transit so they don’t have to rely upon having a car,” and “we really want the benefits of maximizing our investment in transit.”

The legislation would also “give the province more flexibility to enter into joint ventures with developers and landowners,” a third official said. “We would have individual agreements with each station project” since, “as you can imagine, some sites are going to have more potential than others.”

The Star says one point of controversy could be the province’s plan to exempt the projects from a “hearing of necessity” process that is non-binding, but can slow down construction by a year.

The province’s current plans call for the new Ontario Line to have 15 stations between Ontario Place and the Ontario Science Centre, the Star says. The proposed Eglinton LRT extension will have seven, the Scarborough subway three, and the number of stops on the Yonge North extension to Richmond Hill is still to be determined.

The Toronto Star has details of the local discussion here.