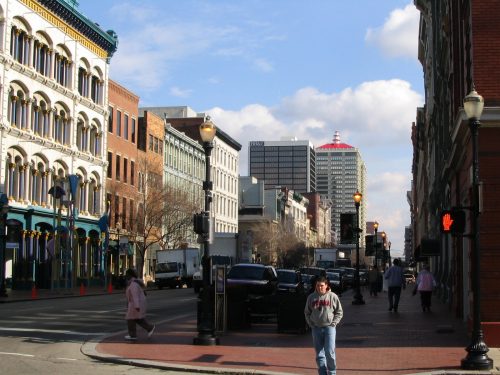 As life expectancies in Louisville’s poorest—and largely Black—communities sink to war-zone levels, health officials and urban policy experts are excoriating the mayor of the Kentucky city for pinning the blame on lifestyle choices rather than environmental degradation and systemic racism.

Noting that the recent use of chemical agents against Black Lives Matter protests only mirrors the larger and long-term “gassing” of such communities, a recent op-ed in the Louisville Courier-Journal calls out the “unlivable” levels of atmospheric, soil, and water toxicity faced by residents of Louisville’s poorest neighbourhoods.

The piece was co-authored by John Hans Gilderbloom, director of the Center for Sustainable Urban Neighborhoods; Gregory Squires, a professor of sociology, public policy and public administration at George Washington University; Robert Friedland, Rudd Chair and professor of neurogeriatrics at the University of Louisville; and Dwan Turner, a Louisville-based activist and academic, and is based on research the group undertaking that was recently pre-published in the prestigious medical journal The Lancet.

“The mayor’s own office admits this truth, with people dying an average of 10 years earlier in western Louisville compared to the rest of the city,” write the authors, alluding to recent data collected by Louisville’s own health department. When ranked according to Environmental Protection Agency pollution measures against 146 similarly-sized cities, Louisville places a sorry first.

And given the outspoken tone of the current political discourse in the U.S., the future does not look better for young residents who are being raised in these communities. Louisville Mayor Greg Fischer’s recently appointed “elite” task force—conspicuously free of academic expertise—simply blamed the reduced life expectancies in western Louisville on personal lifestyle choices, while the Trump administration has been busy annihilating a host of air, water, and soil protections.

“Poor people do live shorter lives, but they live longer in nonpolluted cities,” the op ed responds. Condemning the economic and health disparity between Black and white neighbourhoods in Louisville as “stark and vivid,” Gilderbloom, Squires, Friedland, and Turner stress that “safe, healthy, sustainable, and prosperous” neighbourhoods should be available to everyone. “It is a human right, an American right,” they state.