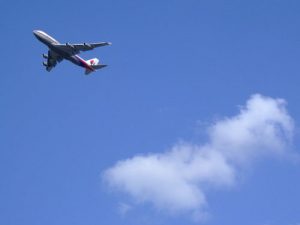 The International Civil Aviation Organization (ICAO) handed international airlines a concession valued at about US$15 billion last week, by agreeing to scale back the industry’s already “ridiculously weak” carbon offsetting scheme in response to the coronavirus pandemic.

The rule change adopted at a meeting of the ICAO’s Governing Council in Montreal set 2019 as the baseline year for calculating airlines’ emission reduction obligations under the Carbon Offsetting and Reduction Scheme for International Aviation (CORSIA), the equivocal, voluntary scheme the agency adopted in October 2016.

CORSIA originally called for emission calculations to be based on the airlines’ average emissions for 2019 and 2020, and in the early days of the pandemic, there was speculation that cratering air travel due to the pandemic would actually force the industry into faster, deeper carbon cuts by setting a lower baseline number.

But then the International Air Transport Association (IATA) got to work.

“Under CORSIA, which starts in 2021, airlines would buy carbon offset credits to cover any emissions from international flights above the current baseline of average emissions in 2019 and 2020,” Reuters explains. “But because emissions from international flights this year are set to drop significantly due to the sharp reduction in air travel as a result of pandemic, IATA asked that the baseline be changed exclusively to 2019, before the pandemic hit aviation.”

ICAO fell in line and obliged, stating that the original international rules would have created an “inappropriate economic burden to aeroplane operators, due to the need to offset more emissions although they are flying less and generating less emissions.” That was in spite of serious questions about whether the 36-member ICAO council could legally undertake such a major revision to the agreement.

“Big changes to CORSIA are supposed to only be decided at the larger, 193-strong ICAO Assembly, which usually takes place every three years,” DeSmog UK writes. “The next Assembly is not due until 2022.”

“Technically speaking, the Council does not formally take decisions which can change CORSIA, they just recommend things to the Assembly,” said Gilles Dufrasne, senior policy officer at Carbon Market Watch. “Since the establishment of CORSIA was through an Assembly resolution, the Council (a lower-level body) cannot change it.”

The net result is that an industry that is one of the fastest-growing sources of global greenhouse gas emissions may end up paying nothing for its emissions until 2024, after IATA calculated the rule change would save its members $15 billion.

“Analysis by the Öko-Institut in Germany found that changing the baseline to 2019 could give airlines a free pass to pollute for the next three to six years depending on the speed of the recovery,” Climate Home News reports. “A study by the U.S.-based Environmental Defense Fund found similar results.”

The net outcome is that “this could be the final blow for CORSIA,” Dufrasne told Climate Home. “It was always a ridiculously weak system, but now it is becoming essentially meaningless. Airlines are just let off the hook one more time.”

“We’re going from a cheap offsetting scheme to no scheme at all,” agreed Transport and Environment Aviation Manager Jo Dardenne. “The aviation sector is clearly using the COVID-19 crisis to dilute the environmental effectiveness of a scheme that was already expected to bring little to zero environmental benefits.”

The transport and infrastructure minister for Croatia, which currently holds the rotating chair of the EU Council, said the ICAO rule change is “crucial to maintaining a similar level of ambition for the scheme” while taking airlines’ difficult circumstances into account, Climate Home says. But a cross-party group of European MPs said the 2019/20 baseline should be maintained until a scheduled review in 2022.

“CORSIA is already extremely weak,” Green MEP Bas Eickhout told Climate Home, and “the change that IATA pursues makes it even worse. Weakening CORSIA now in such a substantial way will be nearly impossible to correct later.”