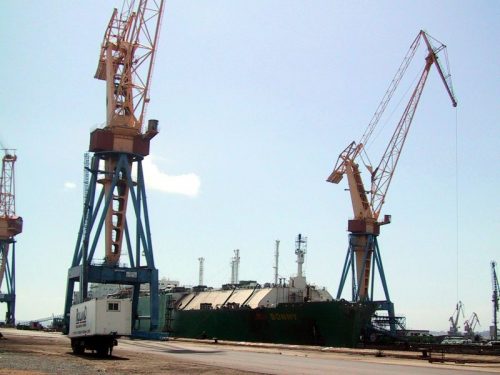 China’s biggest fossil producer, China National Petroleum Corporation (CNPC), is promising to cut the methane intensity of its operations in half by 2025, the Reuters news agency reported last week.

CNPC “lowered methane emission intensity by 12.3% in 2019 from the baseline of 2017,” the company said in a statement last Thursday. “Above that, we expect to further slash 50% by 2025 and strive to reach [the] world’s first-class methane emission management level” through a combination of methane recycling, emissions monitoring, plugging leaks, upgrading or replacing equipment, and minimizing flaring.

At last count, Canada’s fossil lobby was pressing the federal government to defer methane regulations for another year, while pointing a finger at China’s climate performance to justify its own “radical” demands.

In January, “a senior Chinese climate change official said China will consider rolling out a campaign to control methane emissions when condition permits, as part of a more ambitious pledge to the Paris Accord,” Reuters says. The country reported about 1.125 billion tonnes of methane emissions for 2014, the last year for which a full inventory is available, accounting for about 9.1% of total greenhouse gas emissions.

CNPC made its latest announcement as a member of the Oil and Gas Climate Initiative (OGCI), a consortium that brings together a dozen of the world’s most colossal fossils (or, as Reuters styles them, 12 of the world’s leading energy firms). “CNPC two years ago had pledged to reduce by 2025 the average methane intensity to below 0.25% from 2017 level, with the ambition to achieve 0.2%,” the news agency says. From a starting point of 0.32% in 2017, a 50% cut would bring it to 0.16%.