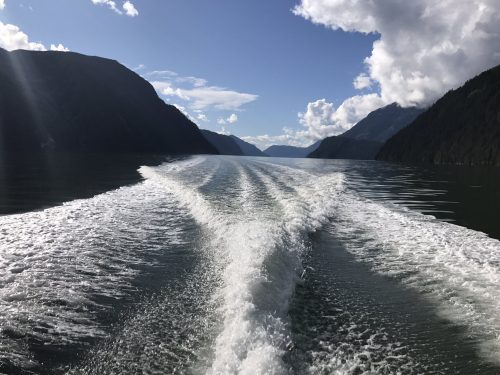 Two of the 11 off-grid and largely diesel-dependent First Nations communities along the British Columbia coast are investing C$25 million in hydro power in an effort to reduce their dependence on a fuel that is both expensive and an environmental hazard.

The Dzawada’enuxw First Nation in Kingcome Inlet, nestled into the B.C. mainland off the northeast coast of Vancouver Island, has been dependent on diesel for 20 years, reports the North Island Gazette. Now, it plans to build a 350-kilowatt local hydro facility in the spring of 2021. Farther up the coast, the Kitasoo/Xai’xais First Nation in Klemtu, on Spindle island north of Bella Bella, will be increasing the capacity of a hydro dam it has operated for 40 years.

The province will cover $7.9 million of the total investment via its Renewable Energy for Remote Communities program, which aims to reduce diesel dependence for all off-grid coastal First Nations communities by 2030.

The Indigenous-led investment fund, Coast Funds, will manage this year’s provincial investment in coastal community renewables, and for the remaining nine communities through to 2030. The shift to more local, reliable, and inexpensive power is also expected to drive increased investment in housing and economic development.