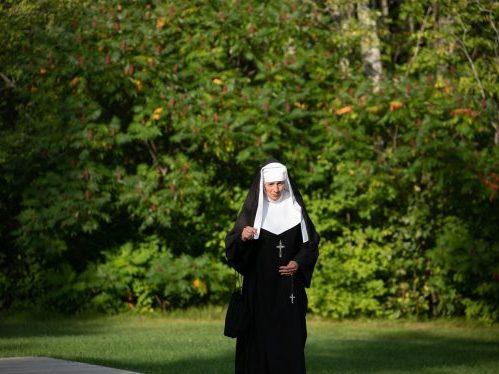 Five years after Pope Francis delivered his acclaimed encyclical calling for environmental and climate justice, 16 congregations of Dominican nuns in the United States are collaborating with Morgan Stanley to create their own US$130-million climate solutions fund.

With few investment funds in existence that operate holistically with the wide-ranging and interconnected sustainable development goals established by the United Nations, “the congregations enlisted Morgan Stanley to create a new fund themselves and set a standard for future investing,” reports Grist.

Calling the new collaborative fund a “first of its kind,” Morgan Stanley noted that “examples of the fund’s ‘holistic’ approach to climate solutions could include ‘early stage investments in energy efficiency software’ as well as ‘more mature opportunities like fruit producers with water-saving hydroponic irrigation systems’,” notes Grist.

The sisters’ quest to establish their own fund began in earnest in 2018, after they had managed to pool together $46 million. Guiding the mandate and structure of the new fund will be social justice—a tenet particularly central to many Dominican congregations in the U.S., said Angelo Collins, a member of the leadership council for the Sinsinawa Dominican Sisters in Wisconsin.

Patricia Daly, a Dominican nun from New Jersey, emphasized that she and her fellow sisters are looking to attract investors of all kinds, not just those from within their religious organization. “We wanted this not just for ourselves but for other investors—not just faith communities,” she told Grist.

200 Farmers in Netherlands Sign On for $560M Onshore Wind Farm