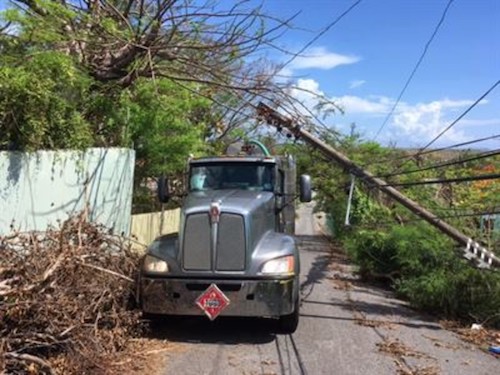 While a Canadian utility company celebrates its part in a 15-year consortium deal to modernize and operate Puerto Rico’s hurricane-ravaged power grid, the contract award is landing poorly with local electrical engineers, environmentalists, and union leaders who’ve been advocating for a more distributed grid, and are criticizing what they see as a lack of transparency in the selection process.

The deal involves Canadian Utilities Ltd., a division of Calgary-based ATCO Group, which is a 50% partner in the new venture, Luma Energy LLC, CBC reports. The other company involved, Quanta Services Inc., is based in Houston and provides infrastructure services for electric power, pipeline, industrial, and communications industries.

Under the deal, Luma “is to receive a US$60-million fee in the transition year and an annual fixed fee that starts at $70 million and increases to $105 million in years four through 16,” CBC says. “The state-owned Puerto Rico Electric Power Authority is to continue to own the network of over 30,000 kilometres of transmission lines which serve more than 1.5 million residents.” Greentech Media says Luma “will harden the grid and operate and maintain transmission and distribution,” and “will also manage the ratepayer relationship, including billing and communication with customers.”

But it’s not at all clear that Luma’s approach to grid planning is in line with the distributed, resilient system that many in Puerto Rico want, after Hurricanes Irma and María destroyed the island’s grid in 2017 and left many households without electricity for months. Puerto Rico just recently adopted a 100% renewable portfolio standard, Greentech reports, but is also “in the midst of a controversial integrated resource planning process that has become a focal point in debates on the speed of the island’s energy transition.”

As a consortium of two companies with “substantial natural gas businesses,” Luma President and CEO Wayne Stensby said his firm would aim for a new system “somewhere down the middle” between a decentralized or centralized system, with place for natural gas, solar, and wind. “It makes no sense to abandon the existing grid,” he told Greentech. “You don’t get to start from a fresh sheet of paper. Our role is to effectively optimize that reinvestment. I’m very confident that the bulk system will receive upgrades and improvement, but any given transmission line may well still exist when we’re all done five or 10 years from now.”

But that plan isn’t sitting well with Puerto Ricans who see solar+storage as a chance to build resilience against future hurricanes and power outages. “I don’t know how they’re going to gain people’s trust by doing more of the same,” said Ruth Santiago, a lawyer at Comité Diálogo Ambiental, a local environmental group. “People here know their transmission line by number because those lines have not been properly maintained.”

Santiago and others told Greentech that Luma is getting a bad start with the community, thanks to an 18-month selection process that affected everyone on the island, but offered no opportunity for public input. “You need to have stakeholder participation,” said distributed generation consultant José Román Morales, former president of the Puerto Rico Energy Bureau. “It doesn’t seem that’s happened, and that’s very surprising.”

Get the details on this story from Greentech Media.