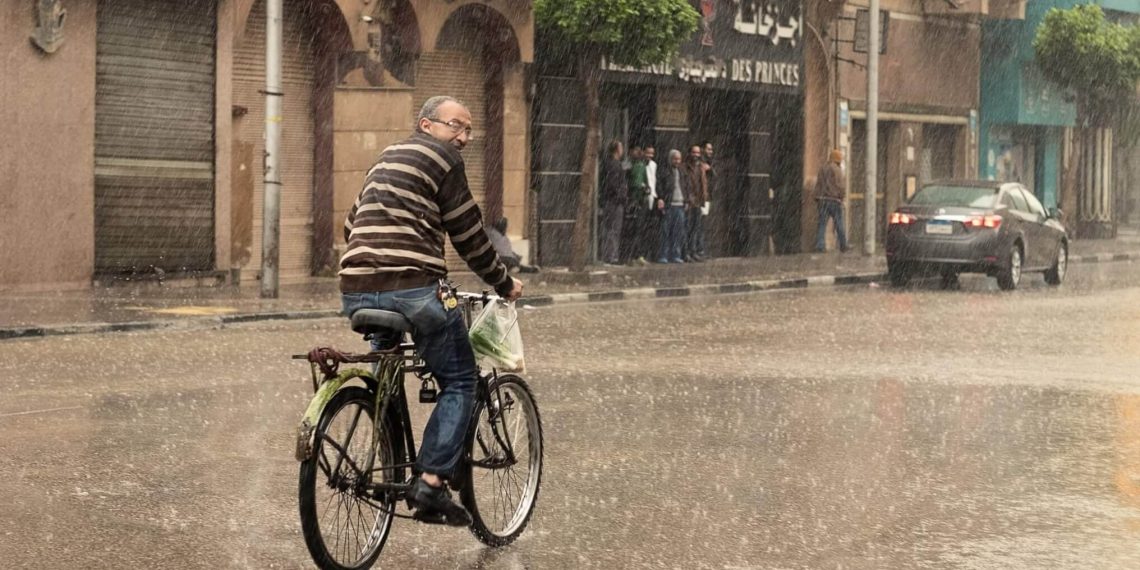 A wet day in Egypt: Around the  Mediterranean there’ll be fewer rainy winters in years to come. Image: By Mohamed Hozyen

Mediterranean winters could bring 40% less rain, hurting farmers in what’s called the cradle of agriculture – and not only farmers.

LONDON, 2 July, 2020 – A warmer world should also be a wetter one, but not for the cockpit of much of human history: Mediterranean winters will become increasingly parched. Winter rainfall – and winter is the rainy season – could see a 40% fall in precipitation.

Agriculture and human civilisation began in the Fertile Crescent that runs from eastern Turkey to Iraq: cattle, sheep and goats were domesticated there; the first figs, almonds, grapes and pulses were planted there; the progenitors of wheat were sown there.

Cities were built, irrigation schemes devised, empires rose and fell. Greece colonised the Mediterranean, Rome later controlled it and set the pattern of law and civic government for the next 2000 years in Northern Europe.

Islamic forces brought a different civilisation to the Balkans, North Africa and almost all of Spain. The grain fields of the Nile Valley underwrote the expansion of the Roman Empire.

“What’s really different about the Mediterranean is the geography. You have a big sea enclosed by continents, which doesn’t really occur anywhere else in the world”

But the pressure of history is likely to be affected by the high pressure of summers to come. In a world of rapid climate change, the already dry and sunny enclosed sea will become sunnier and drier, according to two scientists from the Massachusetts Institute of Technology.

They report in the American Meteorological Society’s Journal of Climate that the winter rains that are normally expected to fill the reservoirs and nourish the rich annual harvest from the orchards, vineyards and wheat fields can be expected to diminish significantly, as atmospheric pressures rise, to reduce rainfall by somewhere between 10% and 60%.

Ordinarily, a warmer world should be a wetter one. More water evaporates, and with each degree-rise in temperature the capacity of the air to hold water vapour increases by 7%, to fall inevitably as rain, somewhere.

But episodes of low pressure associated with rain clouds over the Mediterranean become less likely, according to climate simulations. The topography of the landscape and sea determines the probable pattern of the winds.

“It just happened that the geography of where the Mediterranean is, and where the mountains are, impacts the pattern of air flow high in the atmosphere in a way that creates a high-pressure area over the Mediterranean,” said Alexandre Tuel, one of the authors.

“What’s really different about the Mediterranean compared to other regions is the geography. Basically, you have a big sea enclosed by continents, which doesn’t really occur anywhere else in the world.”

Another factor is the rate of warming: land warms faster than sea. The North African seaboard and the southern fringe of Europe will become 3 to 4°C hotter over the next hundred years. The sea will warm by only 2°C. The difference between land and sea will become smaller, to add to the pattern of high pressure circulation.

“Basically, the difference between the water and the land becomes smaller with time,” Tuel says.

Once again, the finding is no surprise: Europe has a long history of drought and flood, but drought tends to leave the more permanent mark. The eastern Mediterranean has already experienced its harshest drought for 900 years and this has been linked to the bitter conflict in Syria.

Researchers have repeatedly warned that the pattern of drought on the continent is likely to intensify, and at considerable economic and human cost.

What is different is that the latest research offers detailed predictions of the nature of change, and identifies the regions likeliest to be worst hit. These include Morocco in north-west Africa, and the eastern Mediterranean of Turkey and the Levant.

“These are areas where we already detect declines in precipitation,” said Elfatih Eltahir, the senior author. “We document from the observed record of precipitation that this eastern part has already experienced a significant decline of precipitation.” – Climate News Network