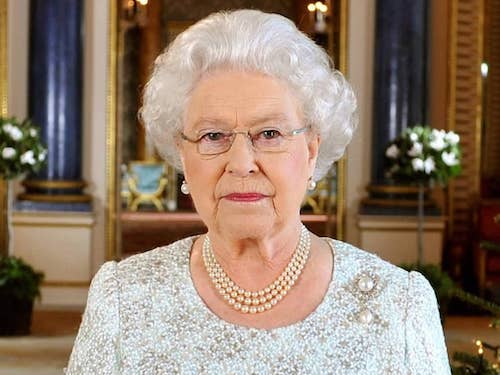 Coutts, the private banker to Queen Elizabeth II and the rest of the British royal family, has promised to drop its investments in the tar sands/oil sands, Arctic oil and gas exploration, and thermal coal extraction and generation, and to reduce the carbon intensity of its holdings 25% by the end of next year.

“The pledge was made in the company’s 2020 Sustainability Report, which also found that the firm had achieved a 23% reduction in carbon emissions from its Coutts Invest funds so far this year,” UK Investor Magazine reports. The bank is aiming for a 50% emissions reduction in its overall holdings by 2030.

“Accountability for driving change towards a more sustainable planet is something we think is missing from society,” said Coutts Head of Responsible Investing Leslie Gent. “To date, there has been a lot of carrot and not much stick, and we believe that regulators should harden their stance to help drive real change.”

“Inaction is not an option,” agreed Head of Asset Management Mohammad Kamal Syed. “We invest with purpose and integrity, and with a keen focus on sustainability. It’s extremely important that we do this well. It’s not enough to simply sit back and do nothing to make it worse. We all have to do something tangible. Defeating climate change, for example, isn’t about what we believe, it’s about what we do.”

The sustainability report says Coutts will step out of companies that derive more than 5% of their revenue from the tar sands/oil sands, Arctic oil and gas exploration, or thermal coal extraction, or more than 25% from coal-fired electricity generation.

“Excluding these activities from our direct holdings is the smart thing to do as well as the sustainable thing to do,” Gent said. “We want to minimize our exposure to anything that’s inherently unsustainable because we believe the growing push to protect the environment will ultimately impact the value of the companies involved. As long-term investors, it’s vital we consider such long-term risks.”

The sustainability report also lays out Coutts’ criteria for choosing fund managers. “Where we invest directly, we exclude. And where we don’t have as much control, for instance with external fund managers, we influence,” it states.

The report sets the expectation that fund managers’ investment decisions will be in line with the targets in the 2015 Paris Agreement, that they’ve signed on to the UN-supported Principles for Responsible Investment, and that they vote at the annual general meetings of the companies they invest in. (“And if they do,” Coutts asks, “what’s their voting record?)

UK Investor puts its own twist on the story, contending that “though today certainly marks a step in the right direction, there is certainly a lot more the company can do. Regarding climate change, the company must continue to shift more of its resources towards supporting the fast-growing renewable energy sector, and may even branch into impact investing.”

In the interest of justice, the publication continues, “Coutts could display the sincerity of its good will by investing in fossil fuel companies based in democratic countries with high standards of accountability. In taking such steps, the company would ensure it wasn’t supporting political leaders who perpetuate suffering, and could illustrate that despite being three centuries old, it has the potential to be a bank of the future.”

The wetter world ahead will suffer worse droughts