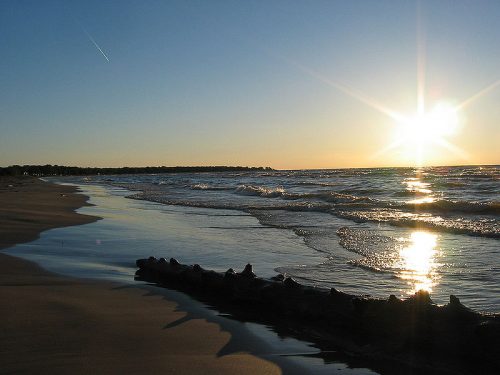 Ontario Power Generation has pulled the plug on a multi-billion-dollar effort to store hazardous nuclear waste in underground vaults at the Bruce Nuclear Generating Station in Kincardine, near the Lake Huron shoreline.

“We do not intend to carry out the project and have asked that the application for a site preparation and construction licence be withdrawn,” the public power generator wrote in a letter to Environment Minister Jonathan Wilkinson. “Similarly, OPG requests the minister to cancel the environmental assessment for the project.”

Earlier this year, the 4,500-member Saugeen Ojibway Nation voted down the plan by an 86% margin.

“The project, estimated to cost more than C$2.4 billion, had called for the storage of hundreds of thousands of cubic metres of low- and intermediate-level radioactive waste 680 metres underground about 1.2 kilometres from Lake Huron,” The Canadian Press reports. “While Kincardine had been a ‘willing host’, the proposal drew years of fierce opposition from environmentalists and hundreds of communities on both sides of the Canada-U.S. border. All argued that the threat to drinking water that serves millions of people was simply too great.”

OPG said it had spent about $200 million on the repository, and will now search for “alternative storage solutions”, CP says.