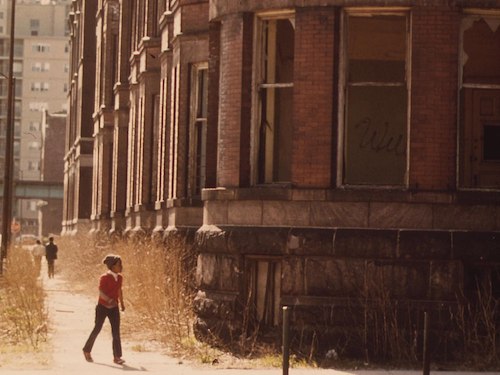 Calls to “press pause” on climate action in order to fight racism more effectively simply further the whitewashing of a crisis that is systemically and inextricably linked to Black oppression, says writer and climate justice campaigner Mary Annaïse Heglar.

Writing for HuffPost, Heglar calls out the broader, and traditionally white, U.S. climate movement for perpetuating the framing of climate change as “the Great Equalizer”—an issue that threatens everyone the same, and so should become everyone’s priority.

“Not only is this approach dismissive and insensitive, the premise is simply untrue,” she says. “It’s been documented again and again that climate change hurts Black people first and worst.”

Extreme heat, for example, will only exacerbate the ongoing traumas of police violence, redlining, and health conditions caused by living in the toxic shadow of power plants and industrial waste dumping grounds.

Recalling the harrowing case of the 11 people who were shot as “looters” by state police in the wake of Hurricane Katrina (only one was stealing goods), Heglar writes, “When disaster strikes, the power structure will either abandon us or turn even more sharply against us. When resources run low, we will have the least, and when we try to take what we need, we’ll be labelled looters and shot on sight.”

With such a prophecy grounded in past evidence, she concludes that “it’s time to talk about my biggest fear about the climate crisis. It’s not, ‘How will we treat each other?’ It’s ‘How will white people treat people who look like me?’”