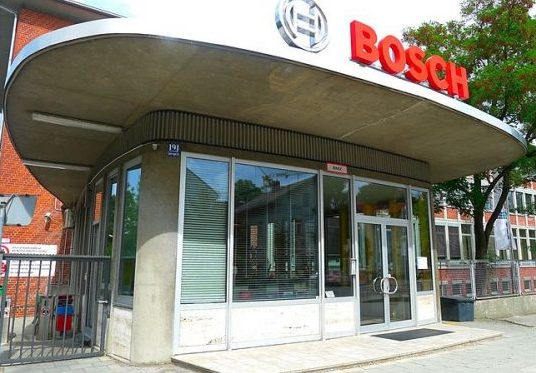 German engineering and technology giant Robert Bosch GmbH says it’s taking steps to prevent a “hybridgate” scandal on a par with the massive Dieselgate calamity that engulfed Volkswagen over the last several years, after a Greenpeace Germany report warned that plug-in hybrid electric vehicles were on track to receive generous government subsidies while delivering limited or no emission reductions.

The vehicles, which combine an internal combustion engine with a rechargeable electric drive, are often advertised with very low emission values, WirtschaftsWoche reports [original report in German]. But the cars are heavier than their conventional counterparts, and often operate with their batteries on empty, resulting in higher emissions overall.

Asked whether those factors pointed toward a potential hybridgate standard, Bosch CEO Volkmar Denner said the industry couldn’t let it happen. “We have to avoid that,” he told WirtschaftsWoche. “We at Bosch will change the regulations for our company vehicles in such a way that there is a real incentive not to refuel the vehicles, but to recharge them.”

He also called on the German automotive industry association, the VDA, to evaluate the available data on the way drivers actually use their PHEVs.

“Modern cars record the consumption data and send it to the manufacturers,” he said. “We want to analyze this data to find out to what extent plug-in hybrids are operated electrically.” He said a VDA working group will also “deal with the question of how plug-in hybrids must be designed so that their real consumption is as low as possible.”

While he acknowledged the VDA had initially been slow to address the issue, Denner said the response now is “not too late, at any rate”.

In early June, Greenpeace reported that PHEVs will receive subsidies of up to €4,500 per vehicle under Germany’s new economic stimulus program, without reducing greenhouse gas emissions. “The majority of hybrid models are heavier and overpowered SUVs and luxury sedans, which limits their ability to reduce emissions, according to the analysis,” Clean Energy Wire reports. “The average engine output of currently available plug-in hybrids in Germany was 335 horsepower (hp), while that of all newly-registered cars in 2019 was only 158 hp. In addition, tests by German automobile association ADAC show that the fuel consumption of hybrid cars in everyday use is many times higher than indicated in dealer information.”

“If the federal government now promotes the sale of plug-in hybrids, it will only help the car companies’ short-term bottom line, but it will damage the climate,” said Greenpeace transport specialist Benjamin Stephan. “The German auto industry has to adapt quickly to the post-combustion engine era. Deceptive packages like plug-in hybrids delay this change.”