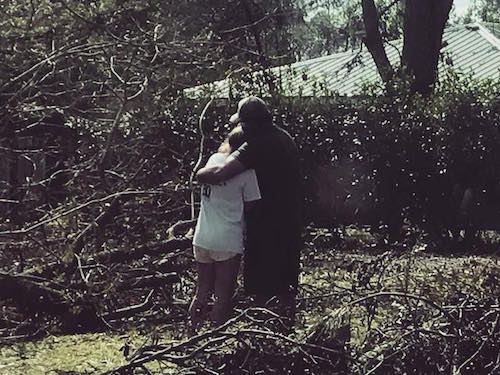 In 2014, climate change communications experts from Yale and George Mason University surveyed a sample of American adults to measure their level of awareness of the public health risks posed by the climate crisis. In a report last week in the journal Climate Change Communication, the researchers say an identical survey this past April reveals a sharp upswing in the belief that “a number of health harms will become more common in their community over the next 10 years as a result of global warming.”

Sharply illustrative of the rise in concern, say the study designers, is the more than doubling of awareness of the potential for bodily harm from wildfires: whereas only 26% of respondents expressed awareness of this risk in 2014, 54% did so in this year’s survey. Similarly, fears about bodily harm from heat waves, severe storms, and flooding have increased by 20%, 23%, and 25%, respectively.

Critically, belief that the climate crisis poses serious risk of diverse health harms—including pollen-related allergies, and both water- and insect-borne illnesses—is now shared by the majority of Americans.

Furthermore, note the survey designers, “even though fewer than half of Americans think mental health impacts will soon become more common in their community as a result of global warming, the number of people that do think this has increased substantially since October 2014.” The numbers are up 14 percentage points for depression, and 17 percentage points for severe anxiety.

“A core principle of public health is to ensure that people are informed about threats to their health and well-being,” the study authors write. “Efforts to mobilize our nation’s health professionals to explain the health harms of climate change, such as those by the Medical Society Consortium on Climate and Health, can help Americans make informed decisions that will help protect their health in the years to come.”

In related news, the Jakarta Post reports that public awareness about the health risks posed by everyday air pollution is also growing—at the global level. Citing a recent survey conducted by the Clean Air Fund, which polled citizens from India, Britain, Nigeria, Bulgaria, and Poland, the Indonesian news outlet writes that “at least two-thirds of people in countries home to a fifth of the world’s population support stricter laws and enforcement to tackle air pollution.”

Among the respondents from India—a country that saw about 1.2 million of its citizens die from the impacts of air pollution in 2018—90% said they “wanted to see air quality improved in their area.”

Bringing both clearer skies and strong evidence of “a robust statistical correlation between exposure to air pollution and the likelihood of dying from COVID-19,” the coronavirus pandemic has clearly played a role in increasing public awareness of the problem of air pollution, and demands that this problem be resolved.

“As lockdowns are eased and economies restarted, people are clear that they do not want a return to toxic air,” said Jane Burston, director of the Clean Air Fund. “That would simply replace one health crisis with another.”

Which means that “governments must harness this widespread public support for actions to clean our air, and use post-COVID recovery packages to protect our health and environment,” she added. “Solutions already exist but they are not being scaled, copied, or adapted with sufficient speed or focus.”