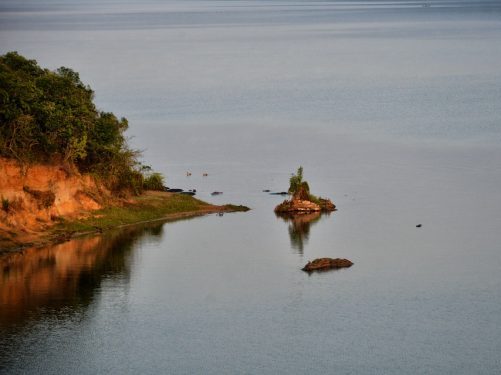 A US$20-billion pipeline project in East Africa is set to displace thousands of small farmers and endanger key wildlife habitat and coastal waters—in spite of the risk of an environmental disaster on the scale of the Exxon Valdez oil spill and increasingly unsteady markets for fossil fuels.

“The middle of a global pandemic, during which oil demand is in freefall and prices at rock bottom, might seem an odd moment to boost the world’s oil production,” writes Yale Environment 360. “But the petrochemicals industry is always looking for new reserves to replace those being exhausted. And two oil fields discovered on the shores of Lake Albert, which straddles the border between Uganda and the Democratic Republic of the Congo, are currently among the biggest and cheapest new reserves available.”

So “construction work has begun at the Kingfisher and Tilenga oil fields, where the China National Offshore Oil Corporation and French [fossil] giant Total intend to sink 500 wells,” e360 adds. “They have already spent an estimated US$4 billion on infrastructure, and made enemies among local communities by grabbing land and providing paltry compensation.”