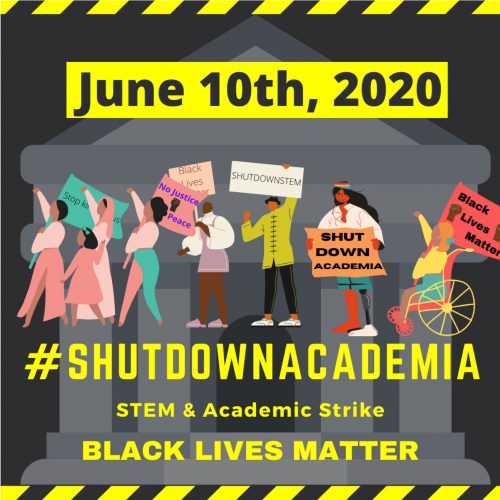 It took George Floyd eight minutes and 46 seconds to asphyxiate at the hands of a violent police officer. Now Black environmental justice groups, along with science, technology, engineering, and math (STEM) scientists of all races, are banding together to fight the slower but no less murderous suffocations being delivered by systemic racism.

The network will speak for communities of colour across America as it works with lawmakers to create, and pass into law, a strong green post-pandemic recovery package that has environmental justice at its core, said environmental justice pioneers Robert Bullard and Beverly Wright, the network’s co-chairs. In addition to ensuring that green jobs go to people of colour—the green energy sector remains notoriously white—and that conversations about everything from energy access to transit to housing are grounded in principles of equity and justice, NBEJN will fight the Trump administration’s “seemingly endless orders to weaken environmental protections,” Grist writes Grist.

“We see these environmental rollbacks as not just fast-tracking project permits, but as a fast-track to the emergency room and cemeteries,” said Bullard, an author and professor of urban planning and environmental policy at Texas Southern University.

It is imperative that any green stimulus package be as resolute in protecting the country’s people of colour against systematic harms as it is in protecting the climate, added Wright, executive director of the Deep South Center for Environmental Justice.

The NBEJN has a long road ahead, writes Grist: from the historical and ongoing impacts of redlining, to unemployment and poverty that have been accelerated by COVID-19, to pandemic mortality rates far in excess of the average, the battle to dismantle systemic racism will not be won overnight.

Researchers working in STEM fields, meanwhile, are determined to stop being a part of the problem, Grist notes. On June 10, students and researchers in STEM programs across America took part in a Strike for Black Lives, with nearly 6,000 scientists from astronomers to particle physicists choosing to replace research, meetings, and lectures with opportunities to reflect on how the ivory tower of science in America remains a literal bastion of white privilege.

Organized by the physics collective Particles for Justice, #ShutDownSTEM encouraged Black academics to use the day to “nourish their hearts”, while white and other non-Black academics invested the time in education about the ways in which their institutions work to keep Black Americans out of the academy. Most important, they focused on how they could break down these barriers fast, and for good.

That a colour bar exists in academe is clear, writes Grist. As of 2017, only 24% of college faculty in the United States were non-white. “And the data is even worse in STEM fields,” notes Grist, with recent research from the journal Bioscience showing that “Black, Latino, Native American, and other underrepresented scholars account for only 9% of faculty appointments in STEM, and even less—4%—at the most selective universities.”

Black earth scientists in America are even thinner on the ground—only 3% of the national total, according to census data—while the number of Black atmospheric scientists is “virtually zero.”

Efforts to explain the terrible whiteness of earth science faculties in America include a 2014 report in the journal Nature Climate Change, which found that “respondents were quicker to associate concepts like ‘conservation’ and ‘environmentalist’ with white people than with Black, Hispanic, or Asian groups,” notes Grist.

With bias and bigotry running so deep, well-intentioned words are not nearly enough, said Particles for Justice in its promotion of #ShutDownSTEM: “We are calling for every member of the community to commit to taking actions that will change the material circumstances of how Black lives are lived.”

Brittany Kamai, an astrophysicist and Native Hawaiian, told Grist that “meaningful change will demand the cumulative effort of millions of students, professors, and institutions actively taking on white supremacist culture in ‘every email you send, every experiment you put together, what papers you’re writing, who you’re citing’.”

“Racism derails our efforts to save the planet,” she said. “How can we expect Black Americans to focus on climate when we are so at risk on our streets, in our communities, and in our own homes?”