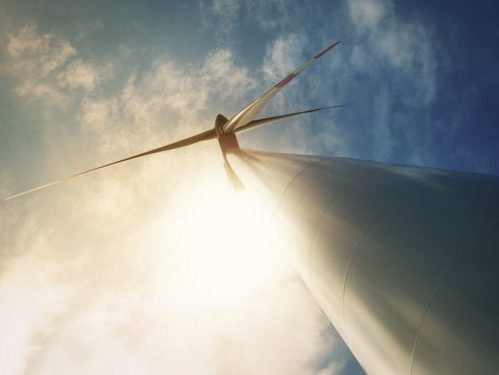 Determined to be for wind energy what Texas is to fossil fuels, New Jersey has announced plans to become the go-to state for the production of offshore wind turbines, beginning with the construction of a giant port along the Delaware River.

“The state government is planning to turn 30 acres along the Eastern Shore of the Delaware River 20 miles south of Wilmington, Delaware, into a staging area for assembling the massive turbines,” notes the Post.

“Already one of the nation’s fastest-warming places,” New Jersey “wants to generate 7,500 megawatts from offshore wind by 2035”—sufficient to power half of the state’s homes. By the middle of the century, the state plans to have 100% of its electricity needs met by clean energy.

But New Jersey’s drive to produce the turbines “is about more than just tackling climate change,” says the Post.

“We have a huge opportunity,” said Tim Sullivan, CEO of the New Jersey Economic Development Authority. “Somebody’s going to get to be the Houston of American offshore wind.”

With their eyes on green job creation (the port construction itself should employ some 1,500 people), “state leaders are also hoping to coax factories to the rural area, too, and have set aside 25 acres for potential turbine part manufacturers,” with 160 acres earmarked for future development. Construction is set to begin in 2021, and operations are scheduled to launch by 2024.

With the nearest residential area five miles distant, and the state claiming abundant electricity from three nuclear reactors already located onsite, the designated acres on the Delaware riverfront “check off a number of boxes for politicians and engineers,” explains the Post. Even more important is that “there are no bridges between it and the open ocean”—an essential feature given that the assembled turbines “are often stood upright and moved into place by ship.”

The American Wind Energy Association (AWEA) and other supporters of renewable energy welcomed Murphy’s announcement. “Today’s focus on port infrastructure development shows the Garden State is positioning itself as a first mover in the race to capture the jobs and investments associated with offshore wind manufacturing, assembly, and staging,” said AWEA Senior Director Laura Morton.

Dan Reicher, who oversaw the U.S. Department of Energy’s renewable energy office under then-president Bill Clinton, called Murphy’s plan “a serious shot in the arm at a very difficult moment” as the U.S. faces the dual challenges of climate change and the COVID-19 pandemic.

Adding to the difficulties: Donald Trump’s notorious and ill-informed hostility toward wind turbines, including baseless accusations that they cause cancer.

Such belligerence from their leader notwithstanding, federal officials are in conversation with Murphy’s advisors, who are confident that New Jersey’s plans to become the wind turbine capital of the East Coast will bear fruit.

Even so, the fact that the U.S. government is not coordinating construction between the states—“like it did in the shipbuilding boom during World War II”—is still a species of madness, said James Manwell, director of the Wind Energy Center at the University of Massachusetts at Amherst.

“If this were a rational world, the federal government would take a greater role,” he told the Post.

Standard Climate Models May Understate GHGs from Permafrost Melt by 14%