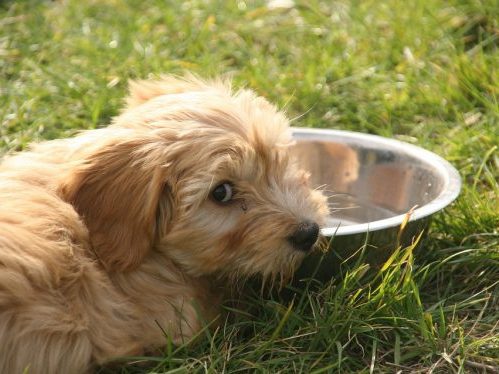 Very large dogs, dogs older than 12 years, and breeds with flat faces and wide skulls will be most susceptible to heat-related illness, and purebred dogs will likely be at higher risk than crossbreeds, as the impacts of climate change accelerate, according to new research published last week by the journal Nature under its Scientific Reports imprint.

“People and dogs share common risk factors including obesity and overall respiratory health—even exposure to second-hand smoke,” Bloomberg Green reports. “But diagnosing heat-related illnesses in dogs is tricky. The authors analyzed the data to determine which breeds suffered most in the heat and, to the extent possible, why they were more vulnerable. Three main qualities corresponded with heat illness and death, the study found: weight, age, and skull anatomy.”

The study, based on anonymized records of more than 900,000 vet clinic visits in the UK in 2016, said dogs’ response to extreme summer heat has been under-studied so far. But “dogs are going to be affected by climate change in incredibly similar ways to humans,” said lead author Emily Hall, senior lecturer at Nottingham Trent University. “When we think about mitigating strategies to protect humans from heat, we’re going to need to consider dogs in just the same way.”

The study used Labrador Retrievers as the baseline for comparison, since they were the most common breed in the data, Bloomberg states. It found higher vulnerability in dogs over 50 kilograms/110 pounds, and determined that breeds like English Bulldogs and Cavalier King Charles Spaniels were twice as vulnerable as Beagles, Border Collies, and other breeds with more pronounced snouts. Golden Retrievers are 2.7 times more vulnerable to heat-related illnesses than Labs, “despite being of similar size, temperament, and purpose,” the study concluded, possibly because of the difference in coat. Greyhounds are 4.3 times as susceptible.

“Although Greyhounds have nice, long noses, thin hair, and are not usually associated with being overweight, they do have a high ratio of muscle,” which correlates to greater heat stroke after exercise, said Keele University biologist Jan Hoole. “Also, they are inclined to run about on the hottest days, without thought for the consequences.”

Reguly: Time Will Tell Whether BP is Serious About Decarbonizing