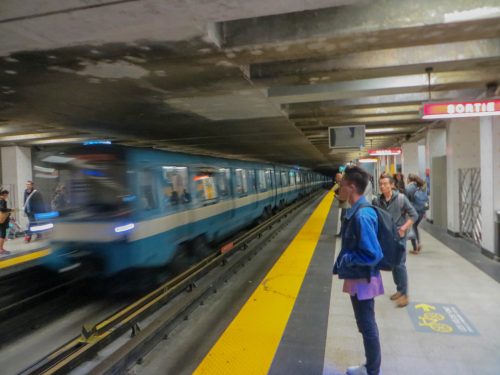 Canada’s urban planning experts, along with leaders in the public, private, and non-profit sectors, have signed on to the 2020 Declaration for Resilience in Canadian Cities, urging policy-makers at all levels to create a “new normal” that makes affordability, sustainability, climate-friendliness, and equity the four cornerstones of any pandemic recovery plans.

In a recent op-ed for the Globe and Mail, former Toronto chief planner Jennifer Keesmaat, Wellesley Institute CEO Kwame McKenzie, and University of Toronto School of Cities professor Richard Florida outlined the details in a 20-point plan. But first, the authors noted that these steps “should be considered a starting point: a series of clear and distinct actions Canadian municipalities can take right now to address the sustainability, mobility, and equity issues the pandemic has laid bare.”

The Declaration calls for measures such as “permitting appropriately-scaled multi-tenant housing, co-housing, laneway housing, and other gentle density to flourish; accelerating the decarbonization of our transportation systems by transforming existing roadways for safe, active transportation such as walking and biking; and embracing sustainability in our built and natural environments by enacting funded, detailed plans to achieve a 40% urban tree canopy in Canadian cities.” With 80% of Canadians now living in urban centres, such measures only make sense, they note—though grounds for such policy runs much deeper.

“While COVID-19 is a nearer-term concern, it must not mask the urgency of the climate change fight—especially since the two are linked,” they write. The accumulating body of evidence linking high mortality from COVID-19 with air pollution only further affirms the need to “aggressively reduce carbon emissions.” It seems counterfactual, they add, that “while more than 490 Canadian municipalities have declared a climate emergency in recent years, 75% of new housing in Canada over the past decade has been built as sprawl.”

The pandemic “has also intensified many long-standing systemic and structural inequities built into Canadian cities, many of which are reinforced by how we design and plan roads, public space and land, and how municipal budgets are allocated,” the authors add. “Our current urban form has detrimental effects on new Canadians, Indigenous people, racialized populations, and lower-income workers—groups that have disproportionately suffered from the effects of homelessness and gentrification, growing racial- and class-based segregation of neighbourhoods within cities, and disproportionate rates of working poverty in Canadian cities.”

The authors also stress the power Canadian municipalities do possess—power to improve transportation networks, change land use policies, stop urban sprawl, and “reprioritize their municipal budgets to make our cities safer, healthier, fairer, and more resilient.” Calling the status quo for cities “our stick-in-the-mud past,” they say now could be an opportunity for cities to break out of the rut, “end our addiction to sprawl and cars, pursue rather than compromise our sustainability goals, and stop perpetuating such inequities.”

But there is an “the elephant in the room”: namely, money. “The pandemic has thrown municipal governments into a period of unprecedented financial uncertainty, amid massive budget shortfalls and staff layoffs,” the three authors write. “Canadian cities will need new, sustainable sources of revenue to fund transit networks that meet the transportation needs of our communities and support vibrant businesses on main streets.”

The authors acknowledge that there will be a desire to “return to normal” as the disruption of the pandemic begins to fade. But following those instincts by pouring money into outdated infrastructure and policies, they warn, “will only perpetuate, or even harden, the old way of doing things.”