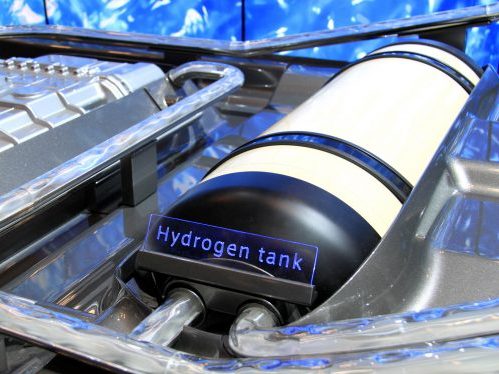 The federal government is simultaneously developing a new hydrogen strategy and working through some of the details and complexities of stepped-up electric vehicle deployment as the country’s green recovery plans continue to take shape, according to two recent reports in the Globe and Mail.

Ottawa is preparing the hydrogen plan for release this summer, at the same time that Alberta crafts a blueprint that connects hydrogen with the future of its carbon- and methane-intensive gas and petrochemical industries, the Globe reports. An industrial development plan for EVs , meanwhile, would have to navigate some of the unique features of the Canadian auto sector to ensure that government investments deliver economic as well as environmental benefits, writes columnist Andrew Radwanski.

Both plans are developing at a time when other countries are moving swiftly on measures to decarbonize transport, and in some cases, exerting “some serious peer pressure” on Canada to step up.

At a moment when the technology is seeing “unprecedented momentum” around the world, according to the International Energy Agency, “a new focus on growth for a hydrogen sub-economy could be a rare area where the federal Liberals and Alberta’s governing United Conservative Party find common political ground,” the Globe writes. Emissions Reduction Alberta is funding at least one demonstration project, aiming to show “how hydrogen could be applied to improve fuel efficiency and reduce greenhouse gas emissions to zero in the long-haul trucking industry”.

But even though hydrogen has historically been costly to produce and difficult to transport and handle, the price tag is coming down—and growing interest in bringing emissions to net-zero has drawn investors into the field. The Globe cites Australia, China, Germany, Japan, and Norway as countries that have jumped onboard, with special interest focusing on hydrogen fuel cells as a practical alternative for long distance trucking.

The news report explains the production of “grey hydrogen” through an energy-intensive process that breaks natural gas into its component parts, hydrogen and carbon, and ties in with perpetual promises to store the carbon underground. “It is in this realm of ‘blue hydrogen’—where the carbon gets captured and stored—that Alberta could make its mark in a world focused on net-zero emissions,” the Globe says.

But while Canada has many of the elements of a homegrown hydrogen industry, energy economist Peter Tertzakian said the economics were all wrong the last time hydrogen had a moment about 20 years ago. “It’s not clear yet whether the market mechanisms are there to create an economy around hydrogen,” he said, so “this is where the government comes in, and could act as a catalyst.”

The Globe describes a somewhat parallel situation for electric vehicles, with China, France, Germany, and the United Kingdom all offering support and encouragement. “It all seems to be pointing toward similar commitments here, when the federal government eventually rolls out a recovery strategy that is likely to have a significant climate change focus,” Radwanski states.

“But for Justin Trudeau’s Liberals, the calculus on EV supports may be more uncertain than for those other governments—a result of Canada’s unusual role among developed countries in automobile manufacturing, and ensuing difficulty knowing whether environmental benefits from increased EV usage here would lead to significant economic benefit, as well.”

With road transportation accounting for 25% of the country’s greenhouse gas emissions, and relatively slow EV uptake so far, there’s a strong case for Canada to introduce a strong set of incentives, particularly as the pandemic makes many Canadians more reluctant than usual to use public transit, Radwanski writes. As experience in Europe shows, “there are plenty of ways to try to make EVs more attractive if governments are also looking to encourage consumer spending during the recovery period.”

But compared to European countries with domestic auto manufacturing sectors, Canada faces a more complex economic calculus. “The more they create domestic demand for EVs, the more they prepare their companies to compete globally as EVs grab bigger shares of markets everywhere, which most everyone familiar with the industry agrees will happen eventually,” he  explains. But Canada “plays host to five automakers—Ford, Honda, Toyota, Fiat-Chrysler, and General Motors—that are headquartered elsewhere, and is the junior player in an integrated continental market. So there may not be much correlation between a relatively modest increase in domestic demand for EVs and manufacturing them here.”

There were even concerns pre-pandemic that an aggressive federal move into EVs might prompt automakers to pull internal combustion engine manufacturing, and the jobs it creates, out of Canadian plants.

“This unusual circumstance, as a country that makes cars but can’t really engineer its own manufacturing shift, could lead any Canadian stimulus around EVs to focus more on charging infrastructure than purchase incentives,” Radwanski writes. “That way, Ottawa could address range anxiety (considered a big barrier to EV uptake, alongside price and availability), while directly putting people to work in the short term, without being accused of actively discouraging sales of traditional vehicles, as Germany is doing.”