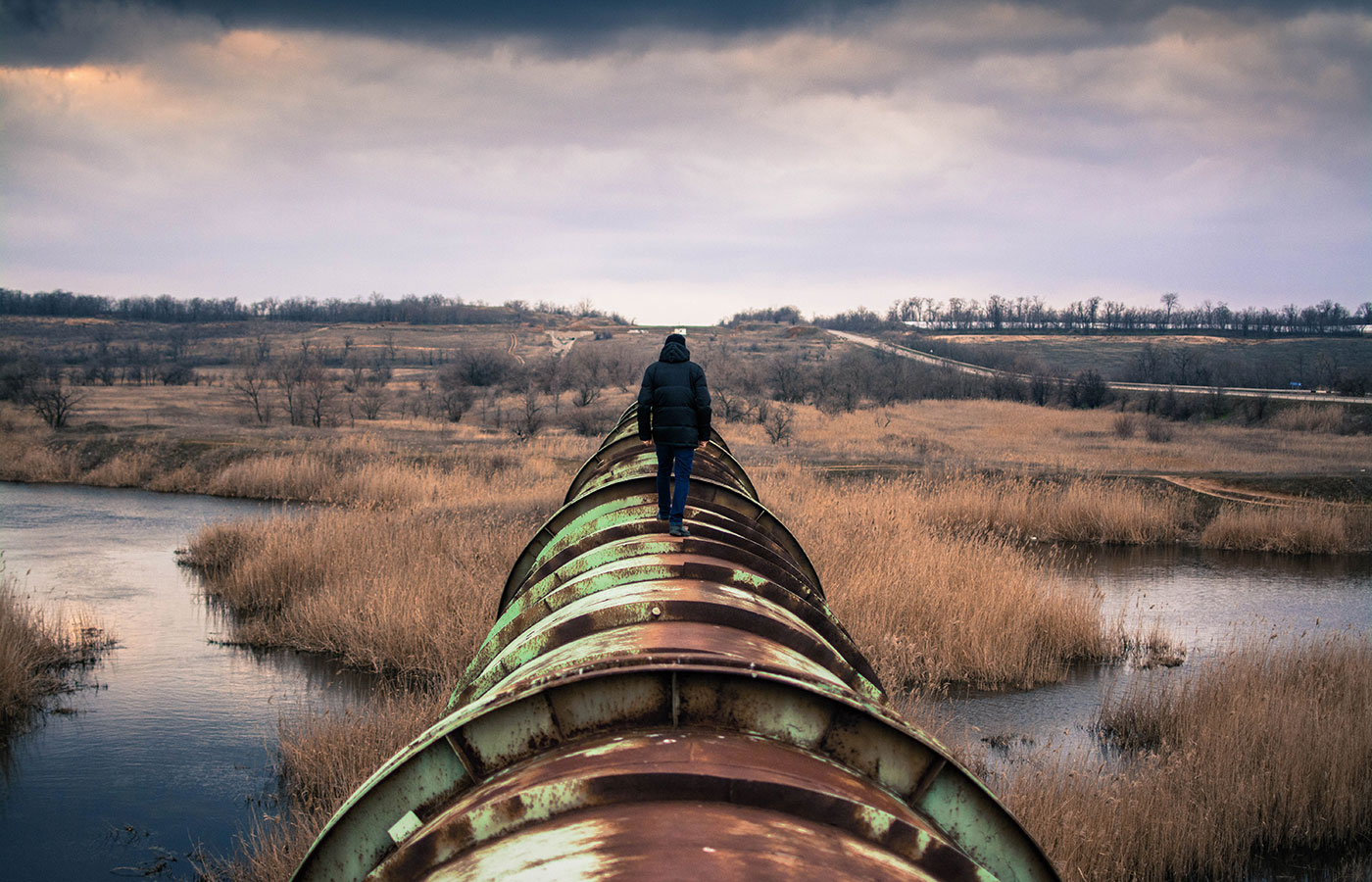 After years of complaints that Canada lacked space in its crowded export pipelines to serve tar sands/oil sands producers in the Alberta oilpatch, analysts are beginning to point to a different problem: a surplus of pipeline capacity, even as governments and industry boosters try to push, pull, and drag the Keystone XL and Line 3 pipelines and the Trans Mountain pipeline expansion toward completion.

“Western Canadian oil producers have suffered from a shortage of export capacity from the region for much of the past decade, in part due to the environmental movement and its allies—strongly opposed to Alberta’s oil sands industry—slowing the pace of pipeline development,” Petroleum Economist reports. But now, “the COVID-19 pandemic has turned this problem on its head,” with low (and briefly negative) oil prices driving the region’s production down by about 1.2 million barrels per day.

Even with the global economy rebounding faster than expected, at least from the short-term carbon emission reductions that accompanied the pandemic lockdown, there may be no permanent relief ahead for Canadian pipeliners. “The short-term surplus should dissipate over the next year or so as North American and global oil demand rebounds,” Petroleum Economist writes. “But it is likely to become an issue again by 2023 for a different reason—a lack of growth in Western Canadian oil production, just as an array of small-scale and big-ticket crude pipeline projects come online.”

The UK-based publication isn’t alone in its analysis. Last week, Moody’s Investors Service said it had downgraded its outlook for pipeline operators in the “midstream” energy sector from stable to negative for the first time, over concerns about the “aftershocks” the industry will face in the wake of the pandemic, industry newsletter Rigzone reports.

“The negative outlook for the global midstream sector reflects the rapid pace and magnitude of production declines that have now spilled into midstream operations and will compromise the sector’s credit quality over the next 12 to 18 months,” said Moody’s Vice President and Senior Credit Officer Andrew Brooks. “Midstream throughput volumes have fallen in line with cuts in oil and gas exploration and production, the extent of which will depend on the duration of the economic downturn,” he added. “Midstream firms’ contract structures and pricing will help ease the impact of volume declines, but not enough to avoid a decline” in the creditworthiness of individual companies and the sector as a whole.

On Wednesday, Enbridge said it had averted layoffs only after 800 workers, or 7% of its work force, agreed to voluntary buyouts.

“Capital spending by Western Canadian oil producers has been depressed since the middle of the last decade but has fallen off a cliff with the historic collapse in global oil consumption due to nationwide lockdowns,” writes Calgary-based reporter Vincent Lauerman. So “Enbridge is concerned it will have underutilized capacity in the future as new crude pipelines come online, especially the federal government’s 590,000bl/d Trans Mountain Expansion (TMX) and Calgary-based TC Energy’s 830,000bl/d Keystone XL (KXL) pipeline.”

That means the “next potential Western Canadian crude pipeline surplus will be much longer-lasting than the current glut and could be significantly larger, depending on the fate of KXL.”

Adding to the uncertainty: the Canadian Association of Petroleum Producers’ announced June 2 that it would postpone release of its long-term Canadian oil production forecast, seen in some circles as an industry standard, due to the deep uncertainties surrounding the pandemic. Based on CAPP’s 2019 projection, Petroleum Economist foresees 570,000 barrels per day of surplus capacity between 2023 and 2030 after Joe Biden enters the White House in January and cancels Keystone—or nearly 1.4 million barrels per day through 2035 and beyond if he doesn’t.

But while CAPP is remaining tight-lipped on the industry’s future prospects, it did project June 9 that fossils’ capital spending will fall this year to $23 billion, compared to a January, 2020 estimate of $37 billion. That suggests the fossil lobby’s eventual production numbers “will be significantly lower on the back of this capital crunch,” Petroleum Economist says, making it “safe to assume Canada will experience far greater surplus crude pipeline capacity than the figures above. Indeed, a Biden victory and a swift death knell for KXL might, with the exception of TC Energy, suit most parties.”