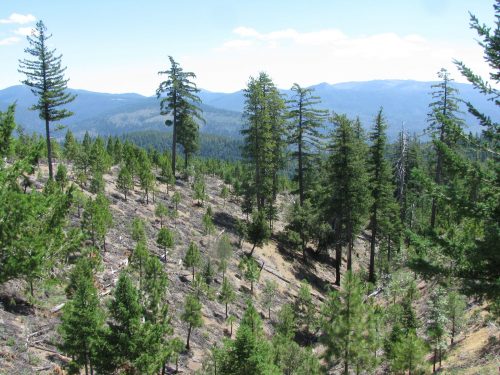 We face an ecological as well as a climate emergency. Because of our human influence, Earth is in the midst a mass extinction crisis: up to a million species are threatened with extinction, many within decades.

As part of this emergency, our oceans are in crisis. The ocean is absorbing 90% of the heat that is being trapped by our carbon emissions, and 20% to 30% of our human-caused carbon dioxide, making the water more acidic and more hostile to shellfish, corals, and other marine species. One in four species of sharks, rays, and skates are threatened with extinction, due primarily to overfishing. On Canada’s coasts, populations of marine fish, birds, mammals, and reptiles fell by 9% between 1970 and 2014. In Atlantic Canada, cod, mackerel, and tuna declined by 38%. Our already announced measures will contribute to the protection and restoration of land-based nature, and equal efforts are needed to restore the previous richness of Canada’s ocean wildlife and biodiversity. To this end, working with the provinces, First Nations, and others:

ª We will establish a $5-billion Endangered Habitat Acquisition Fund over 10 years to purchase and protect endangered ecosystems on private lands, and to offer conservation financing for First Nations sustainable economic development linked to the implementation of Indigenous Protected Areas and old-growth forest protection. This financing is additional to existing programs under the Habitat Stewardship Fund, the EcoAction Community Funding Program and the Canada Nature Fund. Cost: $500 million a year. (#49)

As announced earlier (Week 7), the Canada Youth Green Team will offer 5,000 jobs paying $30,000 a year by 2022, with a focus on climate, environment, and ecological restoration.

Two-Thirds Working from Home Expect to Continue, but ‘Luxury’ Option is ‘Skewed Toward the Privileged’