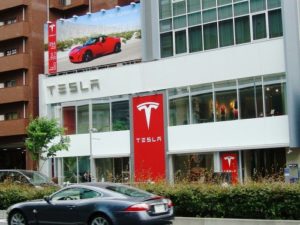 As governments craft post-pandemic economic stimulus plans that will either drive a green recovery or reinforce the polluting industries that need to be hastened into retirement, Bloomberg Green is out with a timely reminder that “Tesla wouldn’t be Tesla” if not for the boost it received from the 2010 economic stimulus in the United States.

“About a month after Barack Obama won the presidency, a cash-strapped Elon Musk made it clear that Tesla Inc.—then a boutique maker of a $109,000 sports car—would have to delay the rollout of a less expensive electric sedan unless it got government support,” Bloomberg recalls. “It was the middle of what was then the worst American financial collapse since the Great Depression, and the markets had just taken too much of a beating.”

“We can’t move forward with that without a major amount of capital,” Musk said in December 2008.

At the time, Obama’s team was laying plans to direct a portion of its US$800-billion economic recovery package to green industries, and Tesla’s share of the pie came out at $465 million. The company built its Fremont, California manufacturing plant, began selling shares, repaid its federal loan ahead of schedule, mainstreamed the electric vehicle, “and now employs about 20,000 people in the Bay Area alone,” Bloomberg says. “It has the second-largest market capitalization of any automaker worldwide.”

Looking back, the officials who ran the U.S. Department of Energy’s Loan Programs Office—a technology commercialization shop connected to both Tesla and a less successful solar venture, Solyndra—have some advice for the architects of this year’s economic stimulus in the U.S. While economic stimulus isn’t the LPO’s only function, it “really has a chance to shine when the larger credit markets just aren’t there,” said former director Mark McCall.

“Part of the public relations challenge the office faces is that it operates like a typical project finance bank but has the ambitions of a venture capital firm,” Bloomberg writes. “It takes technology risks that commercial banks usually shun.”

Yet in spite of the avalanche of negative publicity the Solyndra investment produced, the news agency says that loan was one of the office’s few unsuccessful efforts. (And the talk at the time was that Solyndra only failed because it didn’t anticipate how quickly the rest of the solar market would mature, leaving it too little time to commercialize its own innovative design approach.)

And now, “there’s not a major car manufacturer in the world without at least one electric vehicle in its lineup, and some are converting their entire fleet to EVs,” said Jonathan Silver, who headed the Loan Programs Office in the early years of Obama’s presidency and helped negotiate its deal with Tesla. “We did really put industries on the map.”

Bloomberg says the LPO hasn’t taken on very many new projects since 2011, but still has more than $40 billion available for loans and loan guarantees, including $10.9 set aside for advanced nuclear and $8.5 billion for advanced fossil projects. And various would-be advisors see “plenty of ripe targets” for that money: Bloomberg cites carbon capture and sequestration, energy storage, and electric and hydrogen vehicle technologies, all of which could also be advanced by setting up an infrastructure bank to support a broad array of projects.

“This is the moment in time to use an infrastructure bank to not only create infrastructure jobs writ large, but direct them in ways that provide long-term benefits to the country, like clean and renewable power,” Silver told the news agency.