Post-Pandemic Land Use Changes Could Cut Emissions in Urban Centres 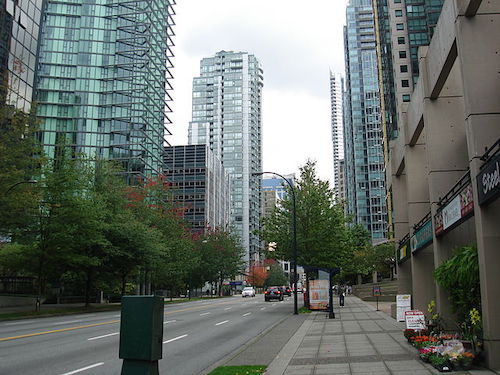 Canadian urban planners are urging cities to implement land use changes in their post-pandemic recovery plans, arguing that bringing work and shopping closer to home can revitalize local economies while reducing emissions-heavy commutes.

“I have this idea of crushing the commute and also creating a network of neighbourhoods,” Vancouver urban planner and demographer Andy Yan told the Globe and Mail. “Flexible zoning for mixed-use buildings is crucial to a sustainable recovery, notably for Vancouver and Toronto.”

Yan is critical of the ways in which major Canadian cities still “heavily favour zoning for commercial development (such as office space) and retail along busy arteries while preventing encroachment into the heart of residential areas,” writes the Globe. Also on Yan’s wish list: expanding out from the exclusive use of transit systems in the fight to reduce congestion and emissions.

“Public transit is only half the picture,” said Yan. “The other half of the picture is land use reform.” Along with transit-oriented development, city planners could look at neighbourhoods and streets that mix commercial, retail, and even some light industrial, rather than sticking to the current preference to keep these uses separate, thus requiring residents to travel further between them. Yan’s idea for new zoning that encourages a “revitalization of localization” would provide residents with more shopping options for groceries and staples “within easy walking distance or a 15-minute bicycle ride.”

While Yan says he sees a strong public appetite for such changes, he adds that progressive ideas may be undermined by countervailing pressures, such as more people taking their cars to work for fear of contracting COVID-19 on the subway. In a May study of 300 Vancouver residents, “more than 36% of the respondents said they plan to increase their use of cars,” notes the Globe.

But while such studies appear to confirm an immediate reluctance to use public transit, the high costs of driving combined with a gradual return of confidence in the safety of transit will likely see many of those cars eventually left at home, said Vancouver architect Michael Geller. “For a lot of people, there isn’t a choice and they have to use public transit, or even if they do have a car, they can’t afford the cost of parking,” he told the Globe.