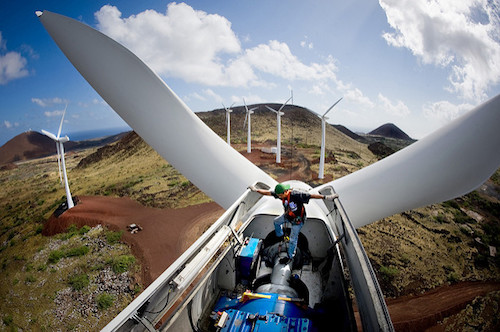 Canada could create 6.7 million person-years of quality employment by 2030, reduce greenhouse gas emissions by 237 million tonnes from 2018 levels, make homes and workplaces more comfortable and flood-resistant, and save citizens C$39 billion per year in fuel, heat, and electricity by embracing a green recovery from the coronavirus pandemic, analysts Ralph Torrie and Céline Bak and publisher Toby Heaps argue, drawing on a series of seven Building Back Better webinars hosted by Corporate Knights.

“For all the pain and suffering COVID-19 has inflicted and will inflict before it subsides, it has also created a historic opportunity to pivot toward a green economy,” the three authors write. “It has been clear for some time that our economy is on a collision course with the natural ecosystems it’s dependent upon,” but “with the pandemic-triggered prospect of renewed public investment, and with the creative leadership up-and-coming generations bring to the game, a door has opened.”

In addition to investments in building retrofits, greening the grid, accelerated electric vehicle uptake, and innovations in forestry, agriculture, and industry, the authors point to several areas where a million jobs at risk could be protected through a green recovery. “This is all within reach if we choose to build back better by making these job-rich themes a priority in the federal government’s stimulus and recovery packages.” It can all be done, they say, at an average cost of C$10 billion per year—just 0.4% of Canada’s GDP—over the next decade, backed up by other forms of federal financial support like low-cost loans.

“Forty percent of this total would be front-loaded in the first two years as part of the stimulus/recovery package, with strings attached to ensure essential complementary policies in other jurisdictions, including net-zero building codes for new and existing buildings by 2022, fair power grid access for storage and renewables, and an electric vehicle mandate for Canada,” Torrie, Bak, and Heaps explain. “Underpinning all of this would be investment in skills training so that Canadians learn while they are working in these new jobs.”

They stress that the investments they’re advocating “are of the same order of magnitude as those being made in Canada today.” The $20 billion per year they’re proposing for deep building retrofits and climate-proofing is just one-third of what the country already spends on home renovations each year, while their recommended grid investments “are on par with business-as-usual investments happening today”.

The three authors add that the broader approach they’re proposing is based on something Canada has done before: “When teachers were urgently needed for the new public education system early in the 20th century, they were given intensive training for one year followed by years of in-service training during their early careers. These teachers were a vital part of Canada’s nation-building as we recovered from the ravages of war and a pandemic.”

While the work could be financed through green bonds, Torrie, Bak, and Heaps say governments can also get the job done by pursuing “minor and long-overdue changes” to a tax code that currently contains 170 corporate giveaways, according to Finance Canada, adding up to more than $156 billion per year. “While some have public benefit (such as small business supports, charitable deductions for corporations, R&D tax credits, and regional assistance funds), there are at least five naked examples of corporate welfare that sap more than $40 billion from the public purse every single year with little to show for it—and that’s not even counting the billions of dollars siphoned off each year via elaborate corporate tax avoidance schemes,” worth $6.7 to $7.9 billion per year to about 15,000 large firms.

The three authors take a brief tour through the financing and administrative systems, all already in place, that will be needed to get a green recovery rolling. And they take aim at a recent op ed co-authored by Ecofiscal Commission Chair Chris Ragan, suggesting that “engineering” a green recovery would be a terrible idea and calling instead for a doubling or tripling of the federal carbon tax.

“While a carbon tax is part of the policy toolkit, it won’t be sufficient to propel a green recovery at the speed needed,” Torrie, Bak, and Heaps counter. “Raising the carbon tax from a dime per litre of gas to 25 cents a litre certainly doesn’t hurt the economics for getting an electric car, but it’s unlikely to be a material inducement, given that EVs already save the average driver more than $1,000 per year on the differential between what it costs to fill up at the pump versus by the plug.”

Moreover, “raising the carbon tax won’t address the real barriers to EV adoption, which include a lack of charging infrastructure, the need for a national Zero Emissions Vehicle mandate that requires automakers to supply more EVs  (a six-month wait is standard for many EV models), and quirks in the auto leasing market which discriminate against new EV models.”

And more generally, “we know that public investment kick-starts markets. In the case of deep retrofits to get homes off fossil fuel heating, public investment would catalyze a new deep retrofit renovation industry. Today, it costs more than $40,000 to retrofit a home and make it flood resilient. Research shows that when retrofits are delivered at scale, where work is coordinated over multiple homes in a neighbourhood, these costs can be reduced by half. Once that happens, retrofits become affordable for homeowners. Markets can then take over and public funds are no longer needed.”

The three authors say they largely agree with the Business Council of Canada’s recent call for a growth-oriented recovery grounded in economic fundamentals and evidence-based approaches. “Let us not lose sight of the most fundamental of the ‘economic fundamentals’: our economy exists entirely within and is completely dependent on the natural ecosystems in which it is embedded,” they reply. “As go the ecosystems, so goes the economy.”

Particularly because, after factoring in innovations that have “made low-carbon options the better buy in most cases, the market jury has already issued its verdict: those who have the low-carbon solutions will have the high-performance economies,” they conclude. “The question is this: do we want to be buyers or suppliers for the green economy goods and services that will drive the wealth of nations this century? If we want to be suppliers, now is the time to pony up.”