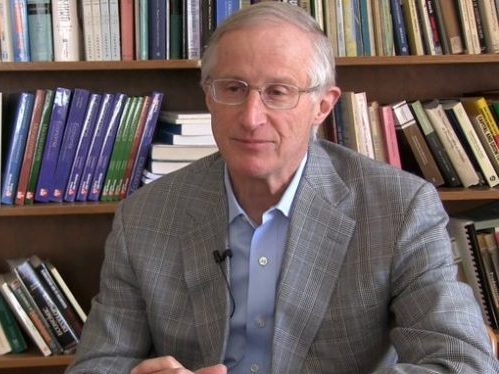 The U.S. economist who shared a Nobel Prize for his work as a carbon pricing pioneer is now advocating import tariffs to penalize countries that don’t participate in international climate agreements.

After too many decades of relying on voluntary agreements like the 1997 Kyoto Protocol and the 2015 Paris Agreement to get runaway greenhouse gas emissions under control, “states need to reconceptualize climate agreements and replace the current flawed model with an alternative that has a different incentive structure—what I would call the ‘Climate Club’,” Nobel Laureate William Nordhaus writes in the May/June edition of Foreign Affairs. “Nations can overcome the syndrome of free-riding in international climate agreements if they adopt the club model and include penalties for nations that do not participate. Otherwise, the global effort to curb climate change is sure to fail.”

Nordhaus traces the collapse of the momentum and sense of possibility that delegates, observers, and citizens around the world took out of the landmark Paris Conference in 2015, culminating in the epic failure of a “disgraceful” 2019 UN climate conference, COP 25, in Madrid.

“As most independent observers concluded, there was a total disconnect between the need for sharp emission reductions and the outcomes of the deliberations,” he writes. “COP 25 followed COP 24, which followed COP 23, which followed COP 22, all the way back to COP 1—a series of multilateral negotiations that produced the failed Kyoto Protocol and the wobbly Paris accord. At the end of this long string of conferences, the world in 2020 is no further along than it was after COP 1, in 1995: there is no binding international agreement on climate change.”

He adds: “When an athletic team loses 25 games in a row, it is time for a new coach. After a long string of failed climate meetings, similarly, the old design for climate agreements should be scrapped in favour of a new one that can fix its mistakes.”

Nordhaus says the difficulties with international climate agreements are not uncommon for attempts to deal with “global public goods”, whose impacts “are spread indivisibly around the globe.” But he cites the COVID-19 pandemic as a “grim reminder” of international forces that “respect no boundaries” and can overwhelm countries that refuse to prepare and cooperate.

“Agreements on global public goods are hard because individual countries have an incentive to defect, producing noncooperative, beggar-thy-neighbour outcomes,” he writes. “In doing so, they are pursuing their national interests rather than cooperating on plans that are globally beneficial—and beneficial to the individual countries that participate.”

He adds that international climate agreements have been undermined by an incentive structure that is hard to put into practice, “myopic or venal leaders” with no interest in long-term global issues, the scale of the problem itself—but also, ultimately, by the voluntary nature of the agreements. “The key to an effective climate treaty is to change the architecture, from a voluntary agreement to one with strong incentives to participate,” in the form of a voluntary “club” whose members derive mutual benefit by sharing the cost of whatever they’ve set out to do.

“There are two key features of the Climate Club that would distinguish it from previous efforts,” Nordhaus writes. “The first is that participating countries would agree to undertake harmonized emission reductions designed to meet a climate objective (such as a 2.0°C temperature limit). The second and critical difference is that nations that do not participate or do not meet their obligations would incur penalties,” based on an international carbon price that would become “the focal provision of the agreement”.

A treaty enabling that price wouldn’t mandate specific national policies, he explains. However, critically, it would set a penalty for non-participation—and the most simple penalty would be a tariff on imports from countries that haven’t joined the club. The approach “would create a situation in which countries acting in their self-interest would choose to enter the club and undertake ambitious emission reductions because of the structure of the payoffs.”

Nordhaus’ post digs into the types of tariffs members of his climate club could impose, the method of sanctioning non-participants, and some of the obstacles and steps to effective climate policies.