In Conversation: On Climate Mobilization, Canadian Public is ‘Ahead of Our Politics’, Klein Says 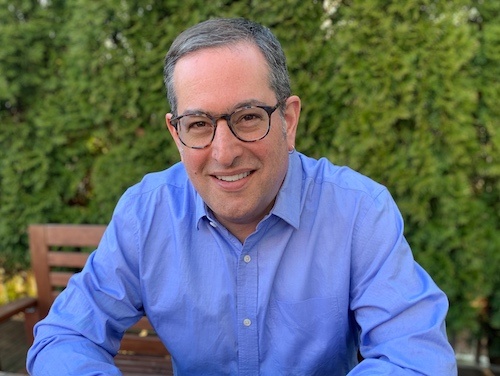 Seth Klein is a research associate with the British Columbia office of the Canadian Centre for Policy Alternatives. His book on the Second World War and the lessons it holds for today’s battle to get climate change under control is due to be published in September by Toronto-based ECW Press.

The Energy Mix: You set out to write this book many months before the pandemic. What questions were you trying to answer?

Klein: It was so odd. I had spent a year and a half working on this book. I had literally shipped it off for final copy edit a few days before the pandemic hit. And it immediately messed with the premise of the book, that we needed an historical reminder of how quickly we’re capable of moving, only to now have all of us experiencing that in real time. I consciously chose not to edit or change anything, but quickly wrote an epilogue on COVID to put it in context.

My first premise was that what we’re doing isn’t working. If you look at greenhouse gas emissions going back years, we’ve managed to flatline them, but we haven’t bent the curve. We need a new approach. My other questions were how we align our politics with what the science says we have to do, and what a bold, scientifically credible climate plan looks like that can also be appealing to the public.

The Mix: Without giving away the whole storyline (because we’re definitely encouraging everyone to pre-order the book), what do we get wrong in our popular understanding of Canada in the Second World War, and what do those misconceptions tell us about where we are today?

Klein: First, we falsely believe the public was all onboard and ready to rally at the outset of the war. We think everyone understood the threat was clear and present. But when you delve into the research, that wasn’t true. Right up to the eleventh hour, as the fascist powers acquired more and more territory, the King government desperately did not want to get dragged into another European war.

And even once war was declared, the public was not onboard. The House of Commons was more unified, unlike today, with only a few dissenting voices. But within the wider public, this was not a population that was keen. It took a combination of leadership and events to get everybody ready to rally. That’s a useful reminder for today.

We also forget that, at least in the war’s early years, they didn’t know if they would win. We approach the climate crisis in this state of ambiguity, and it’s hard to get people to rally when all these efforts still might not be enough. But that was true for all those people, too, and ultimately a million Canadians out of a population at the time of 11.5 million signed up. It was an extraordinary level of participation, even though they didn’t know whether they would succeed. And we ultimately found a huge amount of unity across the country, across class and race and gender.

We’ve also forgotten how extraordinary the ramp-up in production was. Within a few years, the volume and speed with which we pumped out military vehicles and planes and ships and munitions was mind-boggling.

Another useful comparison is that we often hear that Canada is a small country and it doesn’t matter what action we take on climate, especially when the U.S. seems to be going backward. We were an even smaller country then. But we didn’t wait on the Americans. We joined two years earlier. And by the end of the war, nobody questioned the value of Canada’s contribution.

The Mix: What did your research tell you about public attitudes, public values, and emergency mobilizations, before the pandemic put it all in a new context?

Klein: As part of my research, I commissioned a major national poll to test what Canadians thought about this wartime mobilization frame for tackling climate change and inequality. What emerged is that the public is ahead of our politics. Virtually every politician or political insider I interviewed for the book said they weren’t doing more because, well, you have to meet the public where they’re at. The poll showed that, deliberately or not, the politicians weren’t giving the public the credit they were due. That the public was in fact seeing this as an emergency, the wartime frame did in fact resonate with many, and they were ready for much bolder actions than any of the major parties at either the federal or the provincial level were so far offering.

While I was writing, we saw the growth of climate emergency motions, ultimately including the federal government itself. Then the next day, the Trudeau government approved the Trans Mountain pipeline expansion. So I feel like our politics is still stuck in this state of denial.

Bringing it all back to COVID, some governments are starting to use emergency language on climate. But it still doesn’t look and feel and sound like an emergency, and that means our leaders are effectively communicating that it isn’t, even though they may be passing motions declaring an emergency. With the COVID experience, now we have this comparison point. That’s the epilogue to the book.

The Mix: How does the pandemic shift the conversation on the climate emergency?

Klein: There are just so many similarities between what we’re living through with COVID, the war, and what needs to happen with climate.

Fundamentally, the COVID crisis has shown us what’s possible when we’re ready to see an emergency for what it really is. Governments start to take over certain supply chains. Resources and personnel are redeployed. We get daily briefings from politicians and government officials. We respect the science. Emergency committees are formed by our federal and provincial cabinets. Assets are requisitioned when necessary, in this case hotel rooms for housing the homeless. We honour front-line workers. The media inform and rally us.

When you understand that something is an emergency, you don’t leave the allocation of resources to the private sector. You take command and control. In the war, when a bunch of supply chains couldn’t or wouldn’t do what needed to be done fast enough, C.D. Howe created another Crown corporation to get it done. And all of these private sector hot shots made a big contribution by leaving their private sector posts. About 100 of them became these dollar-a-year men to go into government and run these various supply chains. They understood that the transition had to be state-led, that if it was just left to the market to figure out given the right signals and incentives, we were going to be fried. It wouldn’t happen in time.

And in fiscal policy, just like in a war, governments spend what they have to spend, deficits be damned. That, to me, is one of the most extraordinary things out of this current crisis. The government is prepared to run a $250-billion deficit. The Bank of Canada has stepped up in a way we’ve not seen since the Second World War. They’ve been buying up government bonds in the billions per week. And there’s no risk, by the way—that’s the benefit of having your own central bank and your own currency. We just have to pay it back to ourselves.

So now, the cat is out of the bag. This has revealed what was possible all along, whether it was to tackle the climate emergency, or the poverty and homelessness emergency, we could have done this all along.

COVID has also shown us how quickly we can change at a personal level. The shift to home, moving our work online. City councils and legislatures meeting virtually. All these things we were told were impossible.

But there are some important differences, too.

Unlike the war and COVID, the curse of the climate crisis is that it moves in slow motion, and that has prevented the necessary level of action so far. But unlike the war and climate, COVID has forced a shutdown of the economy and told us all to go home, so the impact on the economy and employment is massive. In contrast, both the war and truly rising to the climate emergency are huge boosts to employment, because they demand that we go out and build. So just as the war ultimately ended the Great Depression, rising to the climate emergency can be the key to economic reconstruction in the wake of the COVID pandemic.

Klein: During the COVID crisis, we’ve seen this remarkable level of agreement across the political spectrum, across the country, when it comes to emergency response. But as we emerge out of this, we’re going to see a huge battle over the nature of the recovery. We’re already seeing that lots of people want to return to the old “normal” and support the industries we need to wind down.

But it can also be an incredible springboard to a decarbonized, more fair economy. Everyone now gets the role and value of ambitious government action. Everyone now gets that you look after the more vulnerable, or we’re all vulnerable. There’s a new collective understanding that the more an economy is localized, the more resilient we are to disruptions. And the economy now urgently requires public investment to rebuild from the pandemic. If you combine all of those realities, the timing has never been more opportune for climate emergency mobilization.