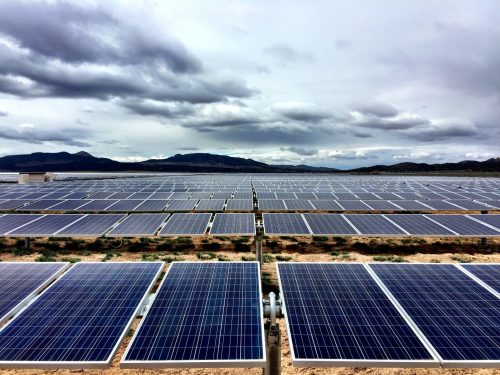 The district school board in Salt Lake City will shift to 100% clean electricity by 2030 and drop all fossil fuels for heating and transportation by 2040, after a campaign led by students from the community’s three major high schools.

“While many of the team are not eligible to vote in elections, they’ve found their way to shape the future through a collaborative process and grassroots organizing,” the U.S. Sierra Club says in a release.

“When I started an environmental club at East High in September, I never thought our involvement would reach this level of impact,” said organizer Mahider Tadesse. “This campaign has shown me what a big difference a group of high schoolers can make in leading the way for climate action that has the potential to expand equity, by investing cost savings into underserved students and improving indoor air quality.”

Those investments “will help students—myself and my community included—who are disproportionately exposed to air pollution where they live,” she added.

The students generated a petition with 800 signatures with support from the Utah Sierra Club and Sierra’s Climate Parents program, the release says. “The campaign aimed to advance climate solutions and demonstrate youth power in shaping the future.”

Sierra Club says the Salt Lake City resolution is among the most comprehensive of the commitments from school districts in cities like Los Angeles, Milwaukee, San Francisco, and several smaller communities in Minnesota.