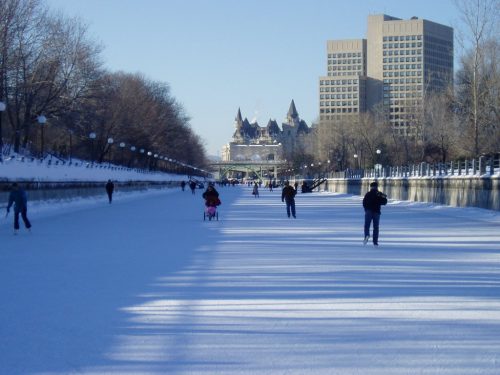 More heat waves, floods, freezing rain, and tornadoes are coming to Canada’s capital if global emissions don’t decline precipitously over the next decade, according to a report commissioned by the city and the National Capital Commission.

“Climate change will cause Ottawa’s seasons to shift noticeably, with shorter winters, less snow, and a heightened risk of extreme weather including tornadoes,” reports CBC. “Average temperatures in Ottawa are expected to rise by 1.8°C by the 2030s, by 3.2°C by the 2050s, and by 5.3°C by the 2080s.”

According to CBCL Limited, the firm that authored the report, a warmer Ottawa will put pressure “on everything from emergency services to the foundations of buildings,” while robbing residents of cherished winter activities like skiing in Gatineau Park and skating on the Rideau Canal.

Such weirdly warm winters will also come hand-in-hand with dangerously hot summers. Between 1981 and 2010, Ottawans saw an average of 11 days above 30°C, but 2030 could find the city’s citizens sweltering through more than double that number. And while the projections get less certain as they look farther in the future, it is possible that without concerted and drastic global action, Ottawa will experience anywhere from 36 to 72 extra-hot days annually by the 2080s.