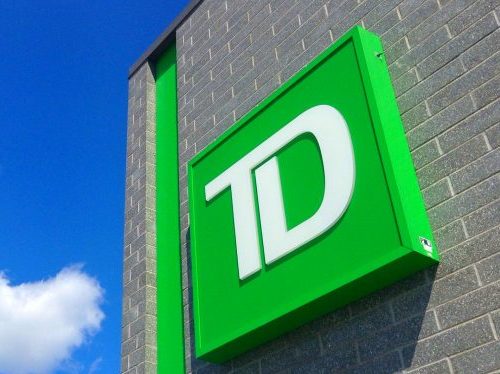 “Have you ever stopped to think how your bank uses your money—your savings, investment certificates, retirement funds? Is your bank stepping up to the plate to tackle the climate crisis?” asks Montpellier. If the answer elicits anger, he says, account holders should follow in his footsteps and close their accounts.

Montpellier says he’s in the process of giving the boot to the Royal Bank of Canada, his bank for the past 40 years. That institution currently holds US$141 billion in fossil investments.

“The world is making an annual $5-trillion perverse bet against the climate,” he writes, citing estimates from the International Monetary Fund, with more than 5% of global GDP shovelled into maintaining the fossil-driven status quo compared to just 1% directed toward clean technology.

And it seems global calls for change are going unheard: since the 2015 Paris Agreement, 35 global banks have invested an additional $2.7 trillion into fossil fuels, “with financing on the rise each year,” Montpellier writes. Those figures come from the recently released Banking on Climate Change fossil fuel finance report, co-sponsored by a coalition of non-profits that included Oil Change International, the Indigenous Environmental Network, and the Rainforest Action Network.

Canada’s Big Five—RBC, Toronto-Dominion, JPMorgan Chase, Bank of Montreal, and the Imperial Bank of Commerce—directed $482 billion to fossils between 2016 and 2019, and hold “close to 70%” of tar sands/oil sands financing, he says, for a total of $69.8 billion.

“By providing the lion’s share of the money for tar sands expansion, our major banks are carbon majors and drivers of climate change,” Montpellier states. Despite Canada’s pledge to reduce emissions by 30% below 2005 levels by 2030, the country’s emissions trajectory continues to rise, adding by another 15 million tonnes in 2018.

Confronting one’s bank, however, can be daunting—especially for those whose decision is met by a colossal shrug from the fossil funder in question. Montpellier urges his readers to trust that the banks will sit up and take notice if enough people make the leap. In a recent online event hosted by the We Don’t Have Time social network, Montpellier and Mohan Kumar of 350 Ottawa asked viewers to hold all fossil-fuelling financial institutions to account, and change their bank if they are not heard. Lists of institutions that don’t support fossils can be found at Below2C and 350 Ottawa.

Meanwhile, Grist reports that American and European citizens are also beginning to wonder what their banks are doing with their hard-earned cash.

“Entanglements with major emitters are surprisingly prevalent in the boardrooms of 20 major U.S. and European banks,” the story states, citing new analysis from Bloomberg. “Even if those banks have publicly announced significant climate commitments, they are also ‘the most active financiers’ for non-renewable energy projects.”

Focusing on the top brass, the Bloomberg report analyzed “current and former professional affiliations for more than 600 bank executives and board members,” discovering that “at least 73 had once held positions with big corporate emitters around the globe, including fossil fuel companies, manufacturers, utilities, retailers, and other companies with sizable carbon footprints.”